Does your car’s broken AC cost too much to fix? It was for one civil engineering grad, who took matters into his own hands:

Faced with exorbitant costs to fix a car air conditioner, Scott Dawson was literally left to his own devices.

After finding out he would have to pay $1,200 to fix his car’s AC, Dawson, 26, rigged a common household air conditioner to fit on top of his car. The crafty civil engineering graduate from the University of Houston cut a hole in the sunroof to allow the cool air to get in, MyFoxHouston reported.

See the video report, and photos of the car, here. Here’s a sneak peek: 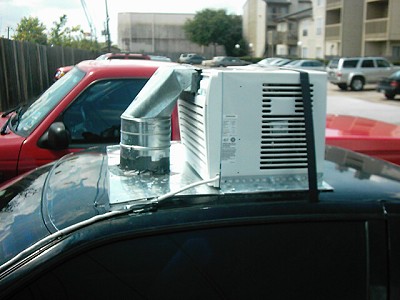