Do you see any hypocrites in the below photos? 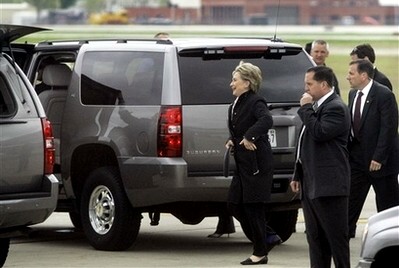 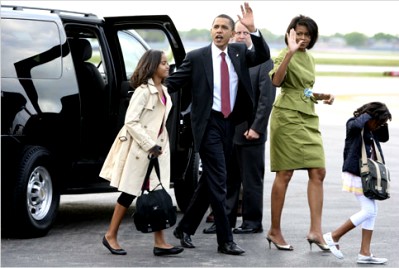 Of the above photo, Planet Gore blogger Henry Payne writes:

Good gravy! What is that behemoth from which SUV-slaying Barack “Speak Truth to Horsepower” Obama and his family are emerging on the Chicago airport tarmac Tuesday? It’s. . . it’s . . . a 13-mpg Chevy Suburban sport ute!

Looks like Hillary’s riding around in a Suburban, as well.

So nice to see how the other half lives, even if they advocate that YOU should change YOUR ways to combat the impending “doom” of global warming. They’ve learned well from their favorite Senate Democrat, haven’t they?

10 Responses to "Time to play “spot the enviro-hypocrite”"