This is a good one: 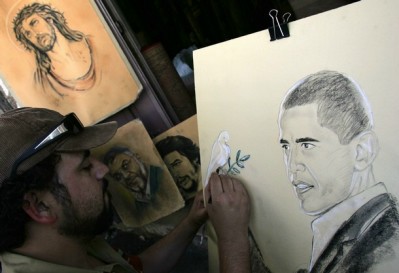 Original AFP/Getty Images caption: Palestinian artist Walid Ayyub makes the final touches on a portrait for US Democratic presidential candidate Barack Obama at his shop in the West Bank city of Ramallah on July 22, 2008. Obama will pay a lightning visit to Israel and the occupied West Bank for talks tomorrow, where he will seek to prove his foreign policy mettle in one of the world’s hotspots.

10 Responses to "Caption this"