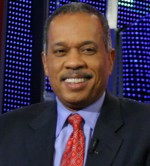 My co-blogger Anthony wrote an outstanding post earlier today roasting NPR and other liberals for their phoniness when it come to their professed belief in “the expression of free thought.” I wanted to add to it, but what I have to write about the issue is rather longish (which I’m sure surprises no one!) so I thought I’d create my own post on the matter.

Anthony’s post (which should be considered a must-read) righteously focused on how the firing of Williams by NPR just drove another nail into the “liberals are the most tolerant people on earth” coffin, but another angle of this issue that also needs to be explored and that is NPR’s hypocrisy when it comes to their commentators making controversial comments either while on NPR – or on another network.

Fox News and Media Research Center’s Brent Bozell both provide examples of the duplicitous nature of NPR on the issue of what they will allow their correspondents to get away with saying. Once you read both links, you’ll see that the remarks uttered clearly came from liberals who despise conservatives to the core and who, in turn, have to suffer very little – if any – retribution from the network that pays them outside of issuing a non-apology apology of some sort.

But if you read/listen to Williams’ remarks, there’s no hate behind them. He was, as Anthony pointed out, just expressing what a lot of Americans felt after 9-11 and still feel today. Doesn’t mean he or they/us “hate” Muslims; it just means the thought lingers there in the back of our minds when taking a flight. I’ve felt it when flying, and I doubt there is an American out there who hasn’t gotten on a plane and at least once thought about it. This is not bigotry. Human beings have an instinct to survive that they were born with, and anyone being honest and not politically correct will admit that if they’ve seen a Muslim on a plane, they’ve wondered. Some think, “What will be my game plan should an attack be attempted?” There is nothing wrong with pondering about this. Chances are more likely than not that the passenger is harmless, but then again – it only takes one to do maximum damage, so the best thing to do is to think about how you’d react/contribute should something happen, tuck it in your cap, relax, and continue on with your flight.

On the other hand, the examples in the Fox and Bozell links were expressed with a clear contempt by liberals who routinely viscerally react to conservatives by lumping them all together into one mean, nasty, selfish, raaacist, homophobic group. And if they’re not doing that, then they’re wishing death on a conservative politician – as was the case with Nina Totenberg, who said this about then-Senator Jesse Helms (R-NC) in 1995:

“I think he ought to be worried about what’s going on in the Good Lord’s mind, because if there is retributive justice, he’ll get AIDS from a transfusion, or one of his grandchildren will get it.”

She kept her job.

NPR has the right to hire and fire who they want to, but shouldn’t there be a consistency here? Well, yeah – but do we really expect such a thing from left wing elites? As we’ve seen time and time again from the left, it’s ok to really be hateful, bigoted, mean-spirited, and intolerant towards the opposition as long the opinion you’re expressing doesn’t go against the conventional liberal “wisdom” about conservatives – and even at that, your comments must be politically correct. On the other hand, refreshing yet brutal honesty about candor on hot button issues coming from conservatives – and non-PC liberals, too – will get you ostracized and kicked off the DC cocktail circuit faster than you can say “WTH?”. I wrote on Twitter earlier that the firing of Juan Williams by NPR has probably been in the works for a long time now, considering what I suspect is an unhappy bunch of higher-ups at NPR who have never liked the fact that he gives political commentary on Fox News that is not dripping with the type of foaming-at-the-mouth rage usually coming from networks like MSDNC. They just grabbed at his thoughtful remarks about the fear of Muslims on planes as an excuse to boot him out.

As I’ve noted in the past and will repeat now, we simply can’t have the meaningful, open discussions on controversial issues in this country because liberals are still busy trying to set the agenda and control the debate, and at the same time trying to control the thought processes of others by setting the narrow parameters of the debate in terms of what is supposedly “acceptable” and “non-offensive” to say and what isn’t. These are rules they apply not to themselves, but to people like me and you who don’t agree with them. Rarely is any standard set by liberal Democrats that they haven’t been shown to be flaming hypocrites about. Why do they do this? Power, of course. Rather than wanting to have frank discussions, it’s better for them if the electorate is only selectively informed about the issues, “informed” just enough to keep Democrats in power at local, state, and national levels. Sick.

In any event, Williams is an extremely talented writer/commentator who will land on his feet. The outpouring of support I’ve seen for him today just on Twitter and Facebook alone speaks volumes. Not only that, but in the same week he gets canned from NPR, his role will be expanding on Fox News:

Fox News has re-signed Juan Williams to an expanded role with the network in a multi-year deal, Roger Ailes, chairman and chief executive officer of Fox News, announced Thursday after National Public Radio fired Williams for his comments on the O’Reilly Factor Monday night, when he said it makes him nervous to fly on airplanes with devout Muslims.

Williams will host The O’Reilly Factor on Friday night and will appear with O’Reilly on the show Thursday night.

In making the announcement, Ailes said, “Juan has been a staunch defender of liberal viewpoints since his tenure began at Fox News in 1997. He’s an honest man whose freedom of speech is protected by Fox News on a daily basis.”

The LA Times reports that Williams’ will appear now appear exclusively – and more frequently – on the Fox News network and will have a column featured at the Fox News website.

What’s the 3 year deal worth? Close to $2 million. No doubt Juan Williams is laughing all the way to the bank.