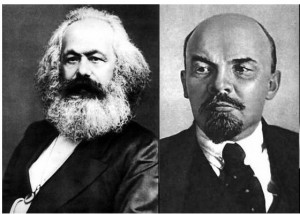 One of the great mysteries surrounding President Obama is his college career: not so much his grades as what he studied, under whom, and what his major activities were. His transcripts from his undergraduate and law school years are sealed, leaving a major gap in our knowledge of formative times and events of a man who would become President of the United States.

Before the election, the mainstream media failed utterly in their duty to examine the life of a serious candidate for president, choosing instead to beclown themselves with obsessions over Sarah Palin’s tanning bed and generally acting as Obama’s “Information Guards.”

Serious examinations of Obama’s background only finally began to come out years after the election, such as Stanley Kurtz’s meticulously researched “Radical-in-Chief: Barack Obama and the Untold Story of American Socialism,” and the current expose of Obama’s radical law school mentors underway at Breitbart.com.

There are other pieces to the puzzle coming out now, too. At American Thinker, former radical Marxist John Drew relates the story of the first time he met then-Occidental College undergrad Barack Obama. After first establishing his own credentials as a Marxist, Drew recounts his discussion with the young Obama:

[Obama’s friend Chandoo] Boss and Obama, however, had a starkly different view. They believed that the economic stresses of the Carter years meant revolution was still imminent. The election of Reagan was simply a minor set-back in terms of the coming revolution. As I recall, Obama repeatedly used the phrase “When the revolution comes….” In my mind, I remember thinking that Obama was blindly sticking to the simple Marxist theory that had characterized my own views while I was an undergraduate at Occidental College. “There’s going to be a revolution,” Obama said, “we need to be organized and grow the movement.” In Obama’s view, our role must be to educate others so that we might usher in more quickly this inevitable revolution.

Drawing on the history of Western Europe, I responded it was unrealistic to think the working class would ever overthrow the capitalist system. As I recall, Obama reacted negatively to my critique, saying: “That’s crazy!”

Since I was a Marxist myself at the time, and had studied variations in Marxist theory, I can state that everything I heard Obama argue that evening was consistent with Marxist philosophy, including the ideas that class struggle was leading to an inevitable revolution and that an elite group of revolutionaries was needed to lead the effort. If he had not been a true Marxist-Leninist, I would have noticed and remembered. I can still, with some degree of ideological precision, identify which students at Occidental College were radicals and which ones were not. I can do the same thing for the Occidental College professors at that time.

Drew then recounts his satisfaction at thinking he had begun the process of steering Obama away from revolutionary Marxism toward bringing about Socialism through the electoral process.

I think he’s right. As revealed by Kurtz in his investigations, Obama over the next few years and as he learned while working as a community organizer and with people affiliated with the Midwest Academy, evolved into an “incremental” Socialist, seeking to bring about Socialism through gradual but irreversible change — such as ObamaCare.

But his commitment to that Socialist future has shown no sign of ever wavering.

PS: Some may argue that this is of little importance to the forthcoming election, that what matters is Obama’s miserable record in office. I disagree. While Obama’s record is crucial, without understanding his background, beliefs, and goals as best as we can, we have no context in which to truly understand that record. Thus books such as Kurtz’s and articles such as John Drew’s are still of singular relevance.