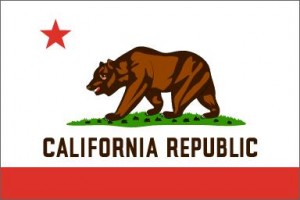 (This is the second of two posts. In the first I gave my impressions of the nationwide results. In this one, I’ll discuss results specific to California.)

There’s no way around it: this was a bad day for California, from the sea to the Sierras, and from Calexico to Crescent City. The cry of “California, here I come!” is more and more turning into “Flee! Save yourselves!”

In statewide offices, it was a near-wipeout with Democrats winning all, except maybe a seat on the obscure State Board of Equalization. (Yippee.) Attorney-General Jerry Brown was elected to a third term as governor (his first two being from 1975-83), while Barbara Boxer won a fourth term as US Senator. And yes, it hurt to type that. Kamala Harris completed the Trifecta of Terror by moving from the San Francisco DA’s office, where she ran an incompetent and scandal-plagued operation, to Jerry’s old seat in the AG’s office. Democrats similarly won all the other state executive posts. (State Education Supervisor is technically non-partisan, so I don’t know the winner’s affiliation.)

Meanwhile, our state oligarchy remains largely unchanged, thanks to gerrymandered safe seats, leaving a large Democratic majority dominated by progressives from the San Francisco Bay Area and Los Angeles. Few legislative seats changed hands, as apparently happened with our congressional delegation. I was very sorry to see Van Tran lose to the race-baiting idiot Loretta Sanchez in district 47, while former Marine Nick Popaditch lost his battle against Democrat incumbent Bob Filner in the 51st district on the Mexican border.

State propositions were a mixed bag: Prop 19, the marijuana decriminalization initiative, lost. I was inclined to vote in favor it on personal liberty grounds, but concerns about employer vulnerability to discrimination suits lead me to vote no. The big disappointments were Props 23, which would have suspended the job killing AB 32, and Prop 25, which allows the passage of a state budget on a simple majority vote. In other words, the Democrats can run riot with the budget and the Republicans have no influence. Fine then. Vote no on every budget measure and make them own the mess.

The propositions also provided the few bright spots of the night. Proposition 20, which takes the power to draw congressional district lines and gives it to a citizens’ commission, passed. At the same time, Prop 27, which would have disbanded the commission and returned power to the legislature, failed. That means gerrymandering, or at least its worst excesses, is dead in this state. Anyone who’s read my posts on California’s arrogant legislature and gerrymandering know I welcomed this. The oligarchs may have ensured their reelection this time, but, in the next cycle, they have to face competitive races. While I think that’s great for the long-term health of my state’s politics, it’s a subtle change that will take time -several years- to play out.

In the short and medium term, however. I can’t sugarcoat it: we’re screwed, and we did it to ourselves. Instead of looking coldly at the policies that got us into the mess we’re in, the majority voted for a governor who took money from terrorist supporters and admitted he runs for office with no plan of what to do. He’s a reactionary left-liberal dinosaur who has no idea how jobs are created or businesses made successful. And now he’s governor-elect. The same with Boxer, who’s not only a reactionary, but adds a mind-numbing stupidity to the mix. And I’ve made clear my contempt for Harris. How they were able to win, I don’t know, since my votes were decided long ago and I didn’t follow their races.

In short, with a liberal Democrat governor beholden to the public employee unions that got him elected, a progressive legislature freed of any political restraint, and an attorney-general who sees herself as a crusader for every left-wing cause under the sun, but won’t seek the death penalty for cop-killers,  we’re well on our way to becoming “Greece on the Pacific,” and America’s first failed state. Things may get better in the future, but I suspect they’ll have to get much worse, first.

LINKS: Good off the cuff analysis at Flash Report, while CalWatchdog has an interesting theory about why Republicans have such a hard time winning here in recent years. Also from Power Line and especially Maggie’s Farm.