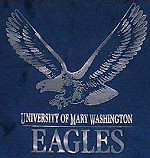 I’ve been out of commission most of the day, but am getting back in the groove and surfing the ‘net to see what’s going on in the world and wanted to link up to a post of Michelle Malkin’s where she describes at length a disgusting incident that happened to a UMW student and his roommates/classmates as a result of a raging out of control moonbat stalker who purposely tracked down a Republican who posted on a social networking site called “Facebook” – and the accused reportedly had a list of other Republicans he’d stalked online whose houses he wanted to ‘visit.’ There’s too much info there to snip here for quotes in a way that would make sense, so read the post in full to get just how serious what happened to the victim (Richard Reed Pannell) and his roommates actually is. This guy – and others – was targeted for his political beliefs by a graduate of the university he was attending.

Now, I’ll be the first to say that yes, there are fruitcakes on both sides of the aisle, but when it comes to intolerance of opposing viewpoints and intimidation at colleges and universities across this country, the evidence overwhelmingly shows that the preponderance of incidents are those that involve liberals either showing gross intolerance towards or worse, attempted intimidation of conservatives, and there’s a simple reason why: liberalism is an institution in colleges and universities across this country due to the fact that most college faculties are comprised of diehard liberals:

By their own description, 72 percent of those teaching at American universities and colleges are liberal and 15 percent are conservative, says the study being published this week. The imbalance is almost as striking in partisan terms, with 50 percent of the faculty members surveyed identifying themselves as Democrats and 11 percent as Republicans.

The disparity is even more pronounced at the most elite schools, where, according to the study, 87 percent of faculty are liberal and 13 percent are conservative.

“What’s most striking is how few conservatives there are in any field,” said Robert Lichter, a professor at George Mason University and a co-author of the study. “There was no field we studied in which there were more conservatives than liberals or more Republicans than Democrats. It’s a very homogenous environment, not just in the places you’d expect to be dominated by liberals.”

Religious services take a back seat for many faculty members, with 51 percent saying they rarely or never attend church or synagogue and 31 percent calling themselves regular churchgoers. On the gender front, 72 percent of the full-time faculty are male and 28 percent female.

Top-tier schools, roughly a third of the total, are defined as highly ranked liberal arts colleges and research universities that grant PhDs.

The most liberal faculties are those devoted to the humanities (81 percent) and social sciences (75 percent), according to the study. But liberals outnumbered conservatives even among engineering faculty (51 percent to 19 percent) and business faculty (49 percent to 39 percent).

The most left-leaning departments are English literature, philosophy, political science and religious studies, where at least 80 percent of the faculty say they are liberal and no more than 5 percent call themselves conservative, the study says.

Am I saying that all these liberal professors are encouraging their students to beat up the opposition? No, but college campuses are breeding grounds for young people with impressionable minds – people who are on their own for the first time, some of whom are eager to assert their independence and show off their newfound knowledge and ‘grasp’ of world events. And in all too many cases, as has been well-documented, some students take things too far. This, obviously, is one of those times.

I’ve seen a few posts today calling on the liberal blogosphere to ‘condemn’ the UMW attack. Forget that. What I’d like to see are UMW liberals voice their outrage over a liberal graduate of their university targeting Republicans for their political beliefs. The war against intolerance and political intimidation at colleges and universities here won’t stop until more serious-minded liberals at these colleges and universities stand up and denounce attacks like these loudly and strongly, to the point that there is no doubt where they stand. I’m sure there have been liberals who’ve publicly stated their opposition to the intolerance and intimidation shown to Republicans on campuses, but in my view they are the exception to the rule.

In fact, liberal groups like several at Duke U. had no problems loudly protesting the “privileged” university athletes accused of rape before the players even had a chance to prove their innocence. If liberal groups have the time to do that, I’m sure they can take the time to condemn proven incidents of intolerance from within their ranks. If they are supposedly all for ‘peace, love, and understanding’ I’d say it’s about time they practiced what they preached.