Earlier this evening, I was sitting here at my computer blogging and heard some chatter close by. I looked outside my window and saw that one of my neighbors was outside working on his car (putting on a spare tire), and his son – who is probably about five or six years old – was out there with him. I gazed out the window from time to time, as I would hear the young boy laughing and talking. One minute, he’d be riding his scooter, and another minute he’d be inquiring to his dad about what he was doing. At one point, his dad started showing the little guy how to screw in (or unscrew?) a lugnut (I think that’s what they’re called) from a wheel. The dad let his son give it a try, with a little assistance, of course. I thought it was absolutely adorable. Dad and son doing ‘manly’ stuff, with the dad showing eternal patience and the son showing an inquisitiveness that is unique and special to children.

However, one family in Savannah, GA, though, won’t get to experience those same joys of watching their six-year old son ride a scooter, or change a tire, because his life was extinguished by a sexual predator who lived across the street from him – but not before the predator, and other members of his family, acted out their sick twisted ‘fantasies’ with the little boy:

SAVANNAH, Ga. – A convicted child molester and his father took turns sexually assaulting a 6-year-old boy while the molester’s mother watched, then they choked the boy to death, according to an indictment issued Wednesday. The indictment charges all three family members with murder and child molestation in the slaying of young Christopher Michael Barrios, whose body was found last Thursday inside a trash bag dumped by a roadside.

District Attorney Stephen D. Kelley said he will seek the death penalty against 32-year-old George David Edenfield, who has a prior child molestation conviction from 1997, and his parents, David and Peggy Edenfield.

“This is one of the most horrific crimes that I have seen in 21 years of prosecutions,” Kelley said.

Christopher went missing for a week before police found his body about three miles from his trailer park home outside Brunswick, a Georgia port city 60 miles south of Savannah. The suspects lived in a mobile home across the street from the boy’s grandmother.

The indictment contains grim details about the case that police and prosecutors had not previously revealed. It says Christopher died from asphyxiation March 8 — the day he was reported missing — after the suspects choked him while “ignoring his complaints that they were hurting him.” The indictment does not say which of three caused the boy’s death.

It also claims George Edenfield and his 58-year-old father sodomized the boy and forced him to perform oral sex while Peggy Edenfield watched and masturbated.

Later in the story, it mentions that Christopher Barrios disappeared after playing alone outside his house.

My prayers and thoughts go out to his parents, who are going through what NO parent should ever have to go through. Parents shouldn’t be burying their children. It’s supposed to be the other way around.

That said, I can’t tell you how many times I’ve driven by young kids in the neighborhood I work in walking down the street with no adult supervision, playing in their yards with no one in sight. I’ve lost count of the number of times I’ve sat in a restaurant and seen kids left alone in their seats while the adult goes to get napkins, or salt or whatever. When I worked at the mall in my younger years, I distinctly remember a time when a mother came into the store I worked in, with a young boy of about seven and also a young baby in a stroller. She walked around the store pushing the stroller, and she hadn’t even been in the store for five minutes before her son started running up the stairs to the second floor of the mall. And she didn’t even know it. I had to tell her. It bears repeating again and again: when they are together, whether at home or at a store, or wherever, people should never, ever let their kids out of their sight. It only takes a second for them to vanish.

Whatever state you live in, you should be able to go to your official state government website and look up sex offenders for your area, so you’ll know whether or not one is living close by. If you live in North Carolina, this is the link you need. Know who is living around you so you can be better prepared to protect yourself and your loved ones from needlessly suffering at the hands of the ruthless. 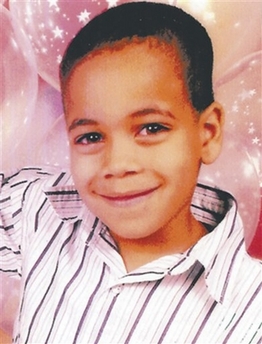 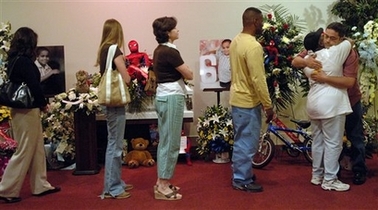 11 Responses to "A child’s innocence – and life – cruelly stolen"