ST reader Clark graciously sent along a few pictures from the Tax Day Tea Party in Escondido, CA, and I have just one thing to say: I didn’t know so many conservatives existed on the left coast 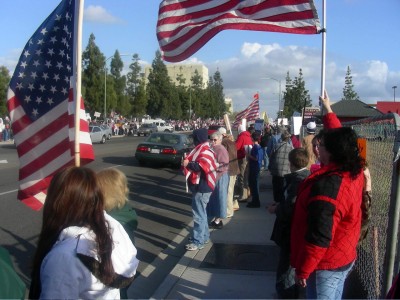 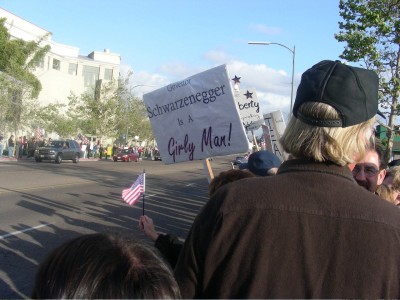 Let’s hope “The Terminator” didn’t see that one!

QandO’s Dale Franks was also there* and has several photos posted at his site.

Much love and props goes out to our fellow conservatives on the left coast, who have more of an uphill climb in California than conservatives in any other state well, other than NY

*Edited to add: I just read where there were two Tea Parties at Escondido. Don’t know if Clark and Dale were at the same one. The total attendance for both? An estimated 2,000.

6 Responses to "Revealed: Photos of “bitter Americans” in Escondido, CA"