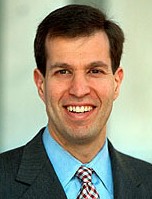 Marc Ambinder has the exclusive story here, a story which – as expected – is being picked up all over the MSM via outlets like CBS and CNN. Supposedly, according to Twitter murmurings, this was an “open secret” in DC for years. Not surprisingly, in addition to “coming out,” Mehlman’s also on board with overturning Prop 8 in CA. He also noted that Bush was not the “homophobe” the left made him out to be.

This is a big deal, of course, because in the left’s minds, as well as the MSM’s (I know – same thing), Republicans “hate” gay people so it’s a “shocking development” to find out such a formerly high ranking GOPer would say “I’m gay.” Not only that, but this is a big deal more so to the left than the right because we all know how the far left, in particular, gleefully treats gay conservatives – very much like they treat black conservatives. That is, with the same contempt and bigotry that they accuse US of. Make no mistake about it: Mehlman’s “coming out” party has already started The Usual Suspects to crank up the Hate-O-Meter in ways only they have mastered over the years – especially when it comes to “outing” gay conservatives.

The little secret that is not really a secret except in the closed-minded world of the left is that most conservatives don’t “hate” gay people. Apparently, because most conservatives don’t support gay marriage and don’t support gays openly serving in the military, they “hate” them. This is “hate” – in spite of the fact that most conservatives also do not support polygamy nor any other type of “alternative” marriage, nor do they support women serving on the front lines in war. It’s an issue of not wanting to tamper with the existing social structure of the two parent man/woman family, and not wanting to create an atmosphere of great uncomfortableness in the military between those who are openly gay and those who aren’t. We’ve seen the disastrous results of the left’s tampering in the social arena for decades now, and we’re opposed to signing onto anything else they have to offer on that front. Because of that, WE ARE ALL BIGOTS, didn’tcha know?

That’s not to say that they’re aren’t conservatives who are against gay marriage solely because they “hate gays.” A small minority of conservatives are militantly anti-“gay rights” purely on that basis alone. The left (and big and small “L” libertarians) like to pretend that’s *THE* reason most conservatives oppose gay marriage and the like simply because they want to ignore any rational arguments against it that have nothing to do with “bigotry” and/or “hate.” They don’t understand that there has been a gradual change over the last couple of decades on the issue of gay marriage amongst conservatives and Republicans. It used to be that Christian groups were the faces of the opposition to gay marriage, civil unions, and the like and – being Christian groups – they routinely gave Christian rationales for opposing gay marriage (and sometimes it went WAY beyond that, unfortunately), rationales that might have a strong foundation Biblically but which didn’t and don’t mesh with laws on the books that are not supposed to be Biblically based.

Nowadays, most of the vocal faces of anti-gay marriage are Christian and non-Christian alike, but those (like me) who are Christians, more often than not don’t use the Christian rationale to explain the opposition because it’s not necessary. Most of us even support a civil-union type arrangment for gay couples that would give them most of the same rights that “straight” married couples have, something you wouldn’t have seen 20 years ago. There has been an “evolution” of sorts on the issue on the right side of the aisle, but civil unions are where the line is usually drawn – even amongst the pundit class.

I’m digressing a bit here, but the overall point is that, in response to Mehlman’s announcement that he’s gay, you’re going to see the “tolerant” left treat him like red meat, which the MSM will dutifully ignore, while the “intolerant” right’s response will be a lot more measured … which the MSM will also dutifully ignore via confining their “the GOP reax” segments to the Pat Robertsons of America who haven’t “spoken” for conservatives in decades.

14 Responses to "Ken Mehlman, former RNC chair and Bush campaign manager, comes out of the closet"