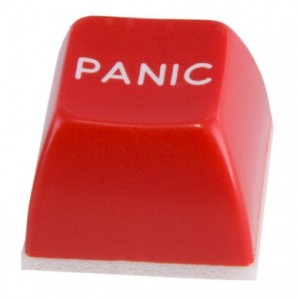 Or maybe just an NSA bug. Either way, I imagine the language was… “colorful:”

President Obama in a private meeting at the White House Wednesday was on the receiving end of complaints from Democrats frustrated with the botched rollout of Obamacare’s public exchanges.

Senate Democrats up for re-election in 2014 grilled the president as problems persist with healthcare.gov and the administration remains on the defensive for claims that all Americans could keep their health plans under Obamacare.

“It is simply unacceptable for Alaskans to bear the brunt of the administration’s mismanagement of the implementation of the Affordable Care Act and that is the message U.S. Senator Mark Begich delivered to President Obama today,” the Democrat’s office said in a statement sent to reporters.

Maybe Senator Begich should have thought of that before he voted to pass a bill no one had bothered to read and before he voted to uphold a rule that made danged sure Alaskans couldn’t keep their insurance coverage under Obamacare.

Then, maybe (not really), I’d have some sympathy for his faked concern for his constituents.

Take a look at the article. The list of attendees looks like the passenger list of the Titanic — doomed: Franken, Hagan, Landrieu, Merkely, Pryor, Shaheen, Udall (CO) and Udall (NM), &c. To one degree or another, these people are facing tough reelection fights thanks to the Obamacare screw-ups, and some of them are little better than walking dead, politically. Obama was probably handing them all sedatives to stop their sobbing.

Then there’s Durbin of Illinois (D – Combine). He won’t lose reelection, of course, but he does have hopes of succeeding Reid as Majority Leader. Of course, that requires actually having a majority to lead…

And Bennet of Colorado? Not only is he up for reelection in a state increasingly disillusioned with the Denver elite (and where 250,000 Coloradans are losing their insurance), but he’s also head of the Democratic Senatorial Campaign Committee, tasked with getting these same people reelected as well as electing new (Social) Democratic senators. He must have some seriously bad karma (1) to have drawn this hand.

Like I said, it must have been an interesting meeting. Oh, sure, Obama probably agreed to it in part to let these senators, saps all who trusted Obama and their leadership on this issue, play the “tough representative” for the folks back home. A bit of theater to damp down the fires of rebellion.

But it isn’t going to work. Lots of angry people are going to demand answers, votes are on record, and we will be all too happy to direct these miffed voters to said information. And recommend other people to vote for who might actually fix the problem.

I hope Obama has plenty more of those sedatives on hand.

UPDATE: Apparently it was all for show —

In the report below, Major Garrett spills the beans: “Top officials here (at the White House) told us, President Obama summoned those angry Democrats so they could vent, and then tell their voters back home they gave the president a piece of their mind. One official described it as opening a serious of political pressure valves, and letting out some steam.”

Enjoy that ride on the Titanic, folks! And isn’t that a pretty iceberg headed your way?

3 Responses to "Oh, to be a fly on the wall at this meeting…"