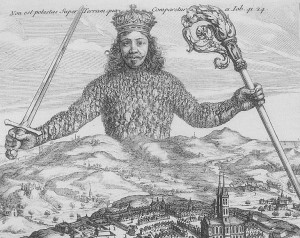 Back when I took Civics (and back when they still taught it), I was told that the role of making laws was assigned to the legislatures, as their members were democratically elected by the people. In fact, Article I, Section 1 of the US Constitution states:

All legislative Powers herein granted shall be vested in a Congress of the United States, which shall consist of a Senate and House of Representatives.

Near as I can recall, “all” means “every darned bit of it,” including the authority to rewrite laws.

So where does the Environmental Protection Agency get off rewriting the Clean Air Act to include things never intended, such as carbon dioxide emissions from stationary sources?

This video from Energy Tomorrow talks about this and other examples of EPA’s regulatory power grab. Did you know EPA is proposing ozone standards so stringent that even Yellowstone National Park can’t meet them? Watch, there’s more:

Be sure to read my Twitter-buddy Jazz Shaw’s post on this for other examples of how our EPA is turning into Leviathan, and a link to a paper by Energy Tomorrow that provides an extensive list of EPA’s questionable activities.

You might recall the Left screaming about how the Bush Administration was “politicizing science.” Perhaps, but I suspect it is much worse under the Obama administration. The Progressive Left sees the environmental laws as a way to take control of the economy via regulation, well-beyond the laudable goal of protecting the environment. And we shouldn’t be surprised that this new regulatory imperialism has taken place after Obama came to office; his “Climate Czar,” Carole Browner, is a former EPA chief and was at least closely affiliated with, if not a member of, the Socialist International.

What an odd coincidence.

In any event, EPA’s “reimagining” of its authorizing laws are clearly unconstitutional and the agency needs to be reined in. The new Republican majority will have a lot on its plate when the 112th Congress convenes next year, but, given the damage these new initiatives can do both to the economy and our constitutional order, they should make holding the agency accountable a priority.

NOTE: If you don’t see the video (or any videos on this site), it may be a Firefox problem. They aren’t appearing in my copy of Firefox, but show up just fine in IE, Opera, and Chrome.

3 Responses to "The regulatory dictatorship"