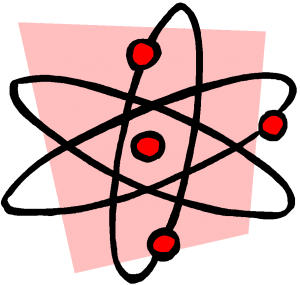 Reason Magazine has a good article online looking at the the implications for the just-reviving nuclear power industry in the wake of the Sendai earthquake and tidal wave. After reviewing the damage at the Fukushima plants (they actually withstood the temblor surprisingly well, but the tidal wave that killed power to the cooling systems was the back-breaker) and the situations of nuclear plants in the seismically active American West (including California’s San Onofre), Ron Bailey examines newer technology that would make for safer reactors, even in the event of a huge natural disaster:

One hopeful possibility is that the Japanese crisis will spark the development and deployment of new and even safer nuclear power plants. Already, the Westinghouse division of Toshiba has developed and sold its passively safe AP1000 pressurized water reactor. The reactor is designed with safety systems that would cool down the reactor after an accident without the need for human intervention and operate using natural forces like gravity instead of relying on diesel generators and electric pumps. Until the recent events in Japan, the Nuclear Regulatory Commission was expected to give final approval to the design by this fall despite opposition by some anti-nuclear groups.

One innovative approach to using nuclear energy to produce electricity safely is to develop thorium reactors. Thorium is a naturally occurring radioactive element, which, unlike certain isotopes of uranium, cannot sustain a nuclear chain reaction. However, thorium can be doped with enough uranium or plutonium to sustain such a reaction. Liquid fluoride thorium reactors (LFTR) have a lot to recommend them with regard to safety. Fueled by a molten mixture of thorium and uranium dissolved in fluoride salts of lithium and beryllium at atmospheric pressure, LFTRs cannot melt down (strictly speaking the fuel is already melted).

Because LFTRs operate at atmospheric pressure, they are less likely than conventional pressurized reactors to spew radioactive elements if an accident occurs. In addition, an increase in operating temperature slows down the nuclear chain reaction, inherently stabilizing the reactor. And LFTRs are designed with a salt plug at the bottom that melts if reactor temperatures somehow do rise too high, draining reactor fluid into a containment vessel where it essentially freezes.

While recent research shows that the United States has far greater reserves of coal, oil, and gas than previously thought, nuclear is still the cleanest economical alternative energy source around and has to be a crucial part of any coherent* national energy strategy. Rather than react in panic (as we did after Three mile Island) and again cripple the development of nuclear power, we must recognize that there is no risk-free magic solution and should instead draw the appropriate technological, engineering, and disaster-planning lessons from Japan’s trauma, apply them to our own situation, and keep on a rational path toward energy self-sufficiency.

Our future prosperity and national security depend on it.

*While I give Obama props for sticking by nuclear power, his energy policy is anything but coherent or rational.

6 Responses to "The future of US nuclear power after Japan"