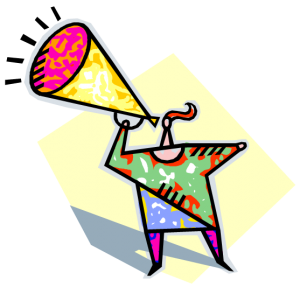 Quite a few sites, including the perennially smug Wikipedia, are “going dark” in protest of the proposed SOPA and PIPA acts (background here). I won’t, because of my distaste for the sanctimonious political theater the Left is so fond of. (1) (And even if some Right-sites are joining in.)

However, this issue is one of those rare ones that brings both Right and Left together: both bills are badly drawn and grant far too much authority to the federal government to block web sites suspected of piracy. While I have little to no sympathy for copyright pirates, one does not fight it by giving the government power to shut anyone down at any time on just a complaint, with no due process. There is a real threat to free speech in these bills, and they must be defeated.

So, while I won’t be draping this site in black, today, I do urge you to contact your senator to urge the withdrawal or defeat of PIPA. (SOPA is, for now, dead.) Senator Marco Rubio, who had distressingly co-sponsored PIPA, has realized his mistake and withdrawn his support.

Here’s a list of remaining cosponsors. If your senator is on the list, contact him or her to make your opposition known. (2) And if Republicans vote for these bills, regardless of who they are, primary them.

Footnotes:
(1) They like to do strange things such as protesting threats to free speech by doing passive-aggressive stuff such as… suppressing their own free speech. As a friend notes, “Seems a bit like giving up your guns to protest a gun ban.” Must be a quirky “moral authority” thing.
(2) Yeah, I know. I’ve got Boxer and Feinstein. A forlorn hope, but letters sent, nonetheless.

Update – 5:34 PM – from ST: Obviously, I didn’t fade the ST blog to black today, either, mostly for the same reasons as Phineas listed.

2 Responses to "No, my blog is not “going dark” today"