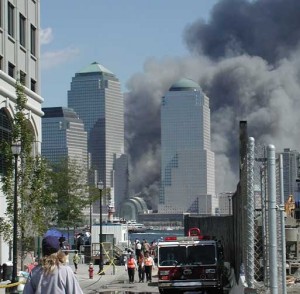 On that day, the federal government failed in its primary duty: protecting the United States and her people.

Since then, one would like to believe the men in the Oval Office have taken that duty, assigned to them by the Constitution as Commander in Chief, damned seriously; that they would bend every effort to making sure it never happened again.

We know that was true of George W. Bush. He not only ordered the invasion of Afghanistan to destroy the regime that sheltered al Qaeda, but he received bipartisan congressional approval for the liberation of Iraq (rightly perceiving Saddam’s monstrous regime as a strategic threat that couldn’t be allowed to continue) and he set in motion the intelligence operations that eventually lead to Osama bin Laden’s death under Barack Obama.

Agree or disagree with what he did, there’s no doubt George W. Bush took to heart the national security of the United States.

But, after reading Marc Thiessen’s column in the Washington Post, can we same thing about Barack Obama when he skips out on half of his national security briefings?

President Obama is touting his foreign policy experience on the campaign trail, but startling new statistics suggest that national security has not necessarily been the personal priority the president makes it out to be. It turns out that more than half the time, the commander in chief does not attend his daily intelligence meeting.

The Government Accountability Institute, a new conservative investigative research organization, examined President Obama’s schedule from the day he took office until mid-June 2012, to see how often he attended his Presidential Daily Brief (PDB) — the meeting at which he is briefed on the most critical intelligence threats to the country. During his first 1,225 days in office, Obama attended his PDB just 536 times — or 43.8 percent of the time. During 2011 and the first half of 2012, his attendance became even less frequent — falling to just over 38 percent. By contrast, Obama’s predecessor, George W. Bush almost never missed his daily intelligence meeting.

Thiessen questioned a NSC official, who argued that attending the meetings isn’t important and that Obama learns what he needs to know from reading the daily briefings, which he receives wherever he is. Other “former officials” (Bush administration?) disagreed, saying it’s very important for the president to attend these briefings, so that he can clarify his own understanding, question assumptions, and let his advisers know what he thinks is important. The interchange is a vital part of the process leading to national security decisions.

And before anyone can say “Well, he’s got a lot on his plate,” Thiessen relates how Obama’s predecessor handled his briefings:

While the Bush records are not yet available electronically for analysis, officials tell me the former president held his intelligence meeting six days a week, no exceptions — usually with the vice president, the White House chief of staff, the national security adviser, the director of National Intelligence, or their deputies, and CIA briefers in attendance. Once a week, he held an expanded Homeland Security briefing that included the Homeland Security adviser, the FBI director and other homeland security officials. Bush also did more than 100 hour-long “deep dives” in which he invited intelligence analysts into the Oval Office to get their unvarnished and sometimes differing views. Such meetings deepened the president’s understanding of the issues and helped analysts better understand the problems with which he was wrestling.

That schedule included President Bush’s 2004 reelection campaign. When he was on the campaign trail, they were probably held by secure conference call. He always made time, always put his duty ahead of his campaign.

In 2012, we’re still at war. The jihad didn’t end when SEAL Team 6 put a couple of bullets into Osama. While al Qaeda has seemingly been savaged to the point that they cannot launch catastrophic attacks against us (we hope), they and other jihad groups haven’t given up trying.

They’re still trying to kill us.

And yet President Obama thinks it’s sufficient to read the morning memo and get on to other things. Not only does he pass on face to face briefings, but his Defense Secretary all but admitted that the President himself (1) authorized the recent national security leaks. There’s only one real conclusion to take from this:

Remember that when you vote on November 6th.

via Bryan Preston and NRO

PS: Romney-Ryan 2012, because I want a Commander in Chief, not a campaigner in chief.

Footnote:
1) As he is allowed to do under law, so there’s no criminal violation. Because it’s legal doesn’t make it right, smart, or ethical, though.