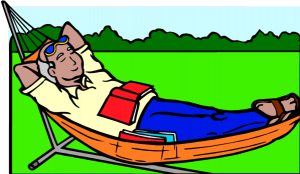 It’s a beautiful day here in Southern California: sunny, not too warm, and a bright cloudless sky. A good day for getting out and about and maybe having a late lunch down by the beach.

Or just taking the first of several naps.

But, fear not! You’ll not be bereft of reading material today! Below are several links I think you’ll find interesting:

Most everyone’s heard about the near miss Earth had with a good-sized asteroid recently, and the fireball that crashed down near Chelyabinsk, Russia. There was even a fireball over San Francisco Friday night. JoNova asks a good question: are we watching for the next one? Someday, one of these is going to come down in  a populated area, with horrific casualties likely. Rather than wasting time and energy on the man-made global warming nonsense, we should be spending more to track the real hazards in our planet’s path and figuring out ways to divert or deflect them.

Fausta presents a chart and analysis demonstrating very clearly how the President’s proposal for a $9 minimum wage would shaft teens and other people entering the workforce for the first time: “The Young and the Jobless.” Meanwhile

Meanwhile, in the “we tried to warn you” department, young workers will very likely see their insurance premiums double, thanks to Obamacare. Democrats are desperate to avoid the blame for this, but the nature of the PPACA’s passage makes it all theirs.

Mixing pseudo-science with bad economics, Christopher Monckton at WUWT writes that the Boxer-Sanders “carbon tax” bill, yet another “solution” for a problem that doesn’t exist, will cost America 15 time more than if we simply let warming happen. Of course, the real goal of such a bill isn’t fighting “climate change,” but getting their hands on more money to redistribute to their favored clients and cronies.

The Democrats (and some Republicans) are scared of Senator Ted Cruz (R-TX), just as they were of Sarah Palin: both represent forces that put truth above “just going along,” and both refuse to, as Palin once put it, “sit down and shut up.” You can tell because, just two months after taking office, the hit pieces against Cruz have already begun. Politico reports on how he has upset his Senate colleagues for speaking out (Cue the world’s smallest violin!), and the New York Times has gone birther against the Senator. Matt Vespa has more on this coordinated assault.

In a Valentine’s Day love letter to President Obama, the always must-read Michael Barone claims victory: Obama’s actions as president prove he is running a gangster government, holding itself above the law. Not a good thing for a nation that prides itself on the Rule of Law.

The assault on the Bill of Rights marches on. Colorado Democrats have taken the first step toward passing another useless gun-control bill that does nothing but punish law-abiding citizens. Meanwhile, Democrats holding hearings on their gun-control proposals before the Minnesota legislature walked out, rather than hear evidence contrary to their beliefs. They might as well have clapped hands to ears and shouted “WE CAN’T HEAR YOU!!” Finally, the Boston Globe’s Jeff Jacoby has an interesting article on how crime soared in Massachusetts after the passage of its 1998 gun law.

Daniel Hannan, a Conservative MEP and a genuine small-government conservative, points out again something the Left just hates to hear: the Socialist origins of Fascism. Sad thing is, the Left’s dominance of the media culture is so thorough that most people just assume what they’re told, that Fascism is a demon of the Right.

At PJ Media, my friend Michael Ledeen wonders what happened to Obama’s “three valkyries” and their beloved “Responsibility to Protect” doctrine of foreign affairs and concludes, cynically but accurately, that the real Obama Doctrine is something else, altogether.

At the USDA, they’re holding some fairly creepy indoctrination sessions.