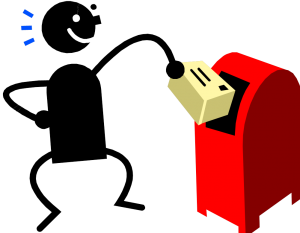 Well, at least for the employees at their Sherman Oaks, California, station. Bill Whittle, who’s often held up the postal service as an example of how lousy the government is at providing goods and services, recently had a surprisingly good experience when he had to mail a bunch of packages. Since we’re in what is sure to be a contentious election year with the forces of Limited Government again battling Leviathan, he thinks it’s a good idea to remind ourselves that not all bureaucrats are lazy, time-serving hacks.

Some are actually…. helpful.

Of course, given my recent rant about the Post Office, I watched this wondering what alternate universe Bill had wandered into, and what drugs I’d have to take to get there.

More seriously, while this video doesn’t alter my conviction that the Postal Service should be privatized, it is a useful reminder that our battle as conservatives and libertarians is against Leftist ideas, and not nearly so much against the people charged with implementing those ideas (1).

We should always remember the people behind the counter are human, too.

Footnote:
(1) Those who come up with those ideas, on the other hand….

One Response to "(Video) Praise for the @USPS"