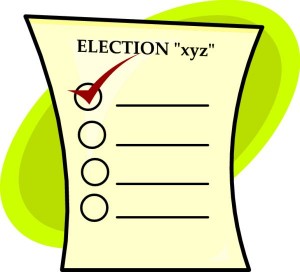 The Electoral College is one of the more obscure features of our government, yet it plays a crucial role: it elects the president, not the popular vote. When people in a state go to the polls, they’re really voting for slates of electors pledged to a particular candidate. The electors have traditionally honored the voters’ wishes (with the occasional individual exception for a protest vote), but the fact remains that they could choose someone other than “the People’s choice.” It also means that, occasionally, a candidate could win enough electoral votes to win the presidency while not winning the overall popular vote, as happened in 2,000 in the race between George W. Bush and Al Gore.

The fact that the winner of the popular vote might not win the race has annoyed a lot of people, especially on the Left (1), and they have proposed something called the “National Popular Vote,” a compact among the states comprising 270 electoral votes (the number need to win) to award them to whomever wins the national vote, regardless of individual state results. Not surprisingly, given the source, this represents an end-run around the system established in the Constitution, rather than an honest attempt to amend it.

In the video below from Prager University, attorney and author Tara Ross explains how the Electoral College works, why it was set up this way, and why NPV is a very bad idea:

Footnote:
(1) Because, you know, the Electoral College is “unfair!” “Unfairness” meaning “I didn’t get what I want!”