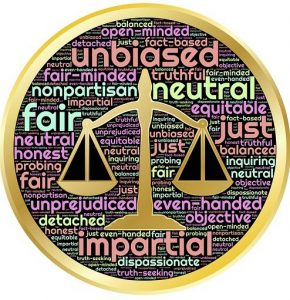 In the midst of a mostly disappointing election night for North Carolina Democrats, one result made them happy – The election of Wake County Superior Court Judge Mike Morgan to the NC Supreme Court. Morgan’s defeat of Justice Bob Edmunds means the tilt of the court will now shift 4-3 to the left instead of to the right.

It was a big victory for state Democrats who have relished using the court system often since Gov. McCrory took office in 2013 with a GOP super-majority in both houses.

Because the NC Supreme Court has shifted to majority Democrat, the political media in this state have hit the panic button about the possibility that Republicans in the state legislature may try to “pack the court” with a couple more justices during a rumored upcoming special session related to Hurricane Matthew relief funds.

On election night, the victory of Democrat Mike Morgan in the race for a seat on the Supreme Court gave Democrats a 4-3 advantage on the court, but the North Carolina Constitution says legislators can vote to expand the court and add two more associate justices.

Even if the final tally of votes in the gubernatorial race leaves incumbent Pat McCrory the loser, he could tip the scales back by appointing Republicans to fill the new seats before he leaves office.

Naturally, left-wing special interest groups, think tanks, Democrat politicos, and liberal publications are up in arms about this potential development (which, by the way, can’t be confirmed). Here are some of their reactions:

NC Policy Watch’s Rob Schofield took things quite a bit further in his rant condemning the idea of the Republican-controlled legislature stacking the court in their favor (bolded emphasis added):

These critics are right, of course, but they’re also much too understated. Such a move would be better described as one of the lowest of all low and despicable acts that one can imagine elected officials in our state ever contemplating. It would be the kind of act rightfully associated with despots and tin pot dictatorships, with Putinism and banana republic coups d’Ã©tat, and an outright assault on democratic government.

There’s only one problem with their criticisms: It’s already been done in North Carolina. By Democrats – when they controlled things. In 2000. Pope Foundation president John Hood provides a refresher:

Regardless of the merits of this plan, should it turn out to be a real possibility, those who say it has no precedent are forgetting about the events of 2000. North Carolina Republicans had been gaining ground in state judicial races. They had won a majority on the state supreme court in 1998. The court of appeals, then 10-2 Democratic, was up for grabs in 2000. Five Democratic-held seats ”” four with incumbent and one an open seat after retirement ”” had drawn GOP contenders. If Republicans managed to win four of the five, they’d take control.

Democrats were then firmly in charge of the legislature as well as governor’s mansion. They decided in the summer of 2000 to create three new judgeships on the court of appeals, broadening it to 15 members, with Gov. Jim Hunt then authorized to fill them with Democrats who wouldn’t have to stand for election until 2004. No matter how the 2000 elections would turn out, in other words, Democrats would have guaranteed control of the court of appeals for four more years.

There was a court case about this issue. Guess who was involved in defending it? Newly elected attorney general Roy Cooper, who also helped pass the law allowing the court-packing in the first place.

This column doesn’t seek to debate the merits of any rumored court-packing scheme. It’s just kind of fascinating to see the hyperventilating from Democrats who are either ignorant of the precedent set by their own side on this issue – or who simply choose to ignore history and engage in double standards for political gain.