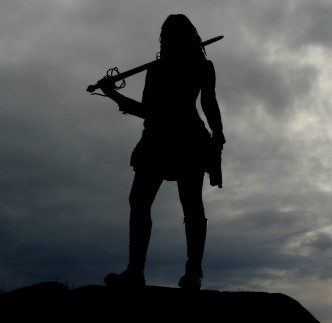 One “special session” turned into two this week at the North Carolina General Assembly (NCGA), and the result has been mass hysteria and accusations suggesting that Republican leaders are brazenly staging a “coup” in the aftermath of Gov. Pat McCrory’s narrow election loss to Attorney General Roy Cooper.

In the first special session, a relief package for victims of Hurricane Matthew and the western NC mountain wildfires easily passed and was later signed into law by Gov. McCrory. The second session, however, came as a shock to Democrats in the legislature who cried foul and went on record as opposing it, believing that it violated the state constitution.

One of the most controversial among the 20+ bills filed was the “Bi-Partisan Ethics, Elections, & Court Reform” bill which, among other things, would make the State Board of Elections and county BOEs bipartisan rather than bodies that gave the edge to the party of whoever the incumbent governor happened to be. The net purpose of some of the various proposed legislation appeared to be to limit the power of the incoming governor.

For people outside of the state or who are otherwise not longtime followers of how politics has played out at the state level like pistols at dawn here between the two warring factions, this probably looks bizarre, outrageous, and doesn’t make a lot of sense. It is a bit of all of that, to be sure. But for those of us who live here, it’s just one more in a long series of attempts at “one-upsmanship” by each side to show the other who is ultimately in charge.

Barry Smith at the conservative-leaning Carolina Journal wrote a handy primer of sorts Thursday that provided some excellent historical context for the current battle that is now playing out before a national audience on the pages of the New York Times and more left-slanted publications like Slate:

“In 1987, when Martin was in power, the Democrats took some powers away from the governor,” McLennan said. “It really has a longstanding tradition in North Carolina, this fight.”

That’s an understatement, and there are many more examples of Democrats during their 100+ years state reign using every tool in their arsenal to undercut elected (and non-elected) Republicans in state government. The suggestion by the NY Times and Cooper himself that what the legislature is trying to do is “unusual” and “unprecedented” is, quite simply, a lie. And the Gov-Elect is being especially disingenuous, considering his role in one of the most notorious political maneuvers in modern state history back in 2000.

But does using the “power” that the Republican-controlled legislature has had since 2011 to get back at the other side make it right to do? Not in all instances, and in this one in particular some notable conservatives in NC are pulling no punches as to how they feel about it. News Radio 570 WWNC radio show host Pete Kaliner wrote a blistering piece condemning the actions of the NCGA:

They made rational and ethical arguments against the way Democrats governed.

However, it’s clear the GOP has adopted the same pattern of revenge governing that Democrats nurtured for decades.

I must admit that if I were an elected official it would be extremely tempting to engage in “revenge governing”, especially after everything the other party had put my side through going back decades.

There is no love lost between Republicans and the activist left (and their shameless media enablers), that latter two of which have shown themselves to be rotten to the core as far as agendas go and as hypocritically spite-filled as you get considering their impassioned pleas that we all harmoniously “coexist.” But there’s a cost to “revenge governing” and its usually in the form of chickens eventually coming home to roost when its your side that ends up in the minority, as NC Democrats are now finding out.

There are many conservatives outside of state government who have gone to the mat the last several years to explain/clarify/defend many of the high profile actions taken by the NCGA – like voter ID reform and HB2 – not out of a sense of partisan reflexivity, but because they felt those policies were right for North Carolina. They also have understood the danger the leftward lurch of the Democratic party presents and have worked hard within the arena of ideas to try and win people over.

That, rather than power grabs, is ultimately what both Republican-controlled houses of the state legislature need to get better at doing, too. Conservatives and Republicans already have a highly adversarial relationship with the political media here, and they aren’t doing themselves any favors by giving off the appearance of overstepping their bounds.

In a year where the state unfairly received an astounding amount of bad publicity for its response to the radical Charlotte bathroom ordinance, the last thing the NCGA needed to do was give the opposition the ammunition they needed for a rallying cry.

Roy Cooper won. That sucks, I know. But the GOP still has their super-majority in the NCGA, which means Cooper will be little more than a figurehead governor for at least the first several months of his administration.

Leaders in the majority party should continue to play hardball, but in doing so they must fight smarter, work harder, and choose their battles more wisely.

And that means not engaging in anymore legislative actions that may have disastrous consequences down the road when the day comes and they find themselves in the minority again.