Check out the below photo, of a McCain-Palin rally in Colorado Springs, Colorado earlier today: 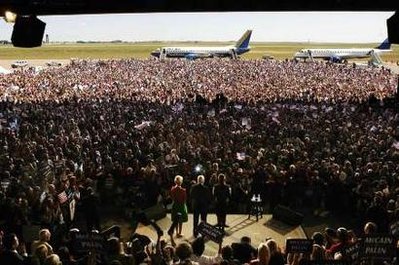 The Denver Post reported on the rally, and noted that there were over 10,000 in attendance. A campaign spokesman said it could have been as many as 13,000.

Here’s a great photo of some flag waving going on during the rally.

9 News has video from the rally (via Blogs for McCain).

9 Responses to "Can you feel the excitement?"