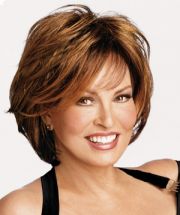 Unless you’ve been hiding under a rock for the last 40 or so years you know who actress Raquel Welch is. Throughout her acting career she has been regarded as a sex symbol, with men wanting her and women wanting to be her, especially in the 60s and 70s when she stormed the acting scene and captivated audiences on TV and movie screens, and later in life, Broadway and Las Vegas stages. Anytime my dad has seen something with her in it on TV, whether it’s a commercial, re-run, or whatever, he always yells out “Raquel!” And I’m sure he’s not the only man who does that

So with being a sex symbol for decades and a lifetimer in Hollywood, you’d think she’d be pretty free-spirited on the issue of casual sex as well as staunchly pro-abortion. Well, as they say, never just a book by its cover. Not sure what her feelings on these subjects were during her heyday, but she’s made it pretty clear where she stands on them now. In an opinion piece posted at CNN.com titled “It’s sex o’clock in America”, Welch writes:

During my [first] pregnancy, I came to realize that this process was not about me. I was just a spectator to the metamorphosis that was happening inside my womb so that another life could be born. It came down to an act of self-sacrifice, especially for me, as a woman. But both of us [first husband Jim Welch] were fully involved, not just for that moment, but for the rest of our lives. And it’s scary. You may think you can skirt around the issue and dodge the decision, but I’ve never known anyone who could. Jim and I had two beautiful children who’ve been an ongoing blessing to both of us.

Later, I would strike out on my own, with my little ones, as a single mother to pursue a career in the movies. It was far from ideal, but my children didn’t impede my progress. They grounded me in reality and forced me into an early maturity. I should add that having two babies didn’t destroy my figure.

But if I’d had a different attitude about sex, conception and responsibility, things would have been very different.

One significant, and enduring, effect of The Pill on female sexual attitudes during the 60’s, was: “Now we can have sex anytime we want, without the consequences. Hallelujah, let’s party!”

It remains this way. These days, nobody seems able to “keep it in their pants” or honor a commitment! Raising the question: Is marriage still a viable option? I’m ashamed to admit that I myself have been married four times, and yet I still feel that it is the cornerstone of civilization, an essential institution that stabilizes society, provides a sanctuary for children and saves us from anarchy.

In stark contrast, a lack of sexual inhibitions, or as some call it, “sexual freedom,” has taken the caution and discernment out of choosing a sexual partner, which used to be the equivalent of choosing a life partner. Without a commitment, the trust and loyalty between couples of childbearing age is missing, and obviously leads to incidents of infidelity. No one seems immune.

As a result of the example set by their elders, by the 1990s teenage sexual promiscuity — or hooking up — with multiple partners had become a common occurrence. Many of my friends who were parents of teenagers sat in stunned silence several years ago when it came to light that oral sex had become a popular practice among adolescent girls in middle schools across the country.

Seriously, folks, if an aging sex symbol like me starts waving the red flag of caution over how low moral standards have plummeted, you know it’s gotta be pretty bad. In fact, it’s precisely because of the sexy image I’ve had that it’s important for me to speak up and say: Come on girls! Time to pull up our socks! We’re capable of so much better.

I’ve said it a thousand times before and I’ll say it again: Whether or not we like it, Hollywood plays a signficant role in our culture and holds a great deal of influence over many young people. In spite of the disastrous aftermath of the “free love” movement and the government’s gross enabling of a responsibility-free society back in the late 60s, just imagine what our culture would be like if young and old Hollywood alike – instead of preaching the message that casual sex … and sex-related “activities” … should remain acceptable to young folks (and for that matter, adults, too) – made more movies about young adults being responsible with their bodies, not having them jump into bed with someone right after the first kiss? What if Hollywood, instead of cutting PSAs about condom usage, instead cut PSAs about “just saying no” to sex? No, this wouldn’t change everything, but it would send a strong signal that it was not “cool” to be such a free spirit with your body, and perhaps the “if it feels good, do it” mentality would slowly start to exit stage left.

Not only do I think that Hollywood emphasizing “just say no” to casual sex attitudes would have a positive influence on young adults, but just think about how nuts it would drive the pro-free love, radical liberal feminists who still act as though “womyn” are being forced to say in the kitchen barefoot and pregnant, without any say so in their own lives, and without any “sexual freedom.” Such a campaign would drive the feministas crazy

Sex changes so many things, and can have negative effects on both sexes. As I’ve written before in a post advocating a just say no for males campaign as well:

As [Mona] Charen noted, women’s magazines promote the casual sex lifestyle in the name of ‘maturity’ for women, but as I’ve said before, there’s nothing mature – nor responsible – about sharing your body with someone just because you feel like ‘hooking up.’ It takes more maturity, and a more responsible person, whether they be a man or a woman, to say, “No thanks” rather than, “Cool! Your place or mine?”

Our ‘progressive’ culture promotes this type of self-esteem destroying behavior for both sexes, but more so on women than men since men have traditionally been known as the more sexually aggressive since – well, the beginning of time – thus these ‘progressives,’ including large numbers of uber-fems, have vigorously sought to promote a guilt-free lifestyle of casual sex with a de-emphasis on parenthood and/or the two parent family, a lifestyle that women are not hardwired for. Also, society’s demand for ‘instant gratification,’ whether it be for swinging through a Wendy’s drive-thru for a burger in the evening rather than coming home and cooking something more savory or getting your ‘groove on’ with the person you just met at a friend’s party rather than finding long term fulfillment – emotionally and sexually – in a serious, committed relationship, is another contributor to the moral decline we witness more and more each day.

This, however, doesn’t let men off the hook completely. To all the single gents out there who are just meeting up for the first time with a gal you’re interested in: Treat your body just like you would your car: Don’t let just anyone take it for a spin. You’ll respect yourself – and her – more, in the morning

neo-neocon weighs in as well on today, what could be considered the 50th anniversary of The Pill:

Now we have to worry about rampant promiscuity among teens and even preteens, and the deep psychological and even physical damage it can cause (such as STDs). Girls who once were protected by the mores of society and their own fear of the shame of pregnancy are free to enjoy sex—but how many of them are really having all that much fun, and at what cost? How many of them have the maturity to understand what they want and with whom they might be happy? How many are giving in to the age-old pressures of popularity and the needs of teenage boys? How many boys are fathering kids early in life and bearing that burden? How many boys and men are brokenhearted at the loss of their potential child when a women unilaterally decides to abort?

There were terrible costs to the bad old pre-Pill days. But there are huge problems today as well, and they are not limited to teens—women who delayed pregnancy for so long that they find their biological clocks have run down, for example, or those who have a long series of meaningless relationships in a chase after that elusive and perfect (and non-existent) sexual partner who will fulfill their every desire. When we have more choices, we must bear the consequences of the decisions we do make

Back to my fantasy of a Hollywood “just say no” campaign, yes, I know it will be a fantasy that never comes true but nevertheless, just because Hollywood, radical feminists – nor more liberal governments, such as the one we have now – will never be on our side in this debate doesn’t mean all is lost. For example, young people’s attitudes towards abortions are changing for the better. Hollywood and our overall “just do it” culture had nothing to do with that. It had everything to do with people like you and me making it known when the right opportunities presented themselves how we feel about the prevailing viewpoint in our society about casual sex and the responsibilities and challenges that often come as a result of it. No matter how uphill this battle may become, we should never give up on it. The lives of current and future young generations of men and women depend on it.

5 Responses to "Raquel Welch: Ladies, gentlemen – be more responsible with your bodies"