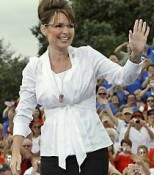 Before we get started with this, and before the diehard Palinistas take offense, I need to state for the record that I – a Palin fan and frequent defender – almost always use the term “RINO” with my tongue firmly implanted in my cheek, as I believe the term has become as overused and abused and watered-down as the word “racist.” Today is no exception.

There was a fairly significant uproar in the conservative blogosphere yesterday, lead by Michelle Malkin, over comments Sarah Palin made to Fox News’ Greta van Susteren on Thursday about Utah Senator Orrin  Hatch (R), who is being primaried by Tea Party-affiliated groups like Freedomworks for his McCain-like tendency to hold hands with Democrats.  Palin, no stranger to controversy, said some things that surprised diehard Tea Partiers. As to what she said, CNN files this report:

(CNN) – As longtime Republican Sen. Orrin Hatch fights off some tea party opposition to his re-election bid next year, he’s getting some unexpected praise.

Friday morning Hatch’s re-election campaign was touting comments made Thursday night by former Alaska Gov. Sarah Palin, a favorite of many in the tea party movement.

“To your particular point about Senator Orrin Hatch, he is doing good in terms of trying to get a balanced budget and he has been for the last couple of decades. He has pushed hard for some fiscal reforms that we have got to see implemented,” said an e-mail release by the Hatch campaign, highlighting comments the former Alaska governor and 2008 GOP vice presidential nominee made on the Fox News Channel.

“We need to be agreeing and embracing his idea and working with him to make sure that that happens instead of shooing him away and shooing him out of a tea party movement,” added Palin, who is considering a bid for the Republican presidential nomination.

Hatch, who is running for a seventh term in the Senate, is facing opposition from some in the tea party movement, including FreedomWorks, a major DC-based conservative grassroots organization that is actively working to find a candidate to take on Hatch in next year’s primaries.

In a statement, Hatch thanked Palin for her kind words, saying “I am grateful for the support of Sarah Palin as I continue to lead this fight. Mrs. Palin is highly respected by Utahns and the national conservative movement and I appreciate her influence to create a united front in confronting the issue of our national debt. It is an honor to have Sarah Palin’s backing for the balanced budget amendment and I will continue to use my time in the Senate to see it passed.”

Palin has also used her influence to back Gov. Perry when he had a tough primary fight against Senator Kay Bailey Hutchison in 2009, and it’s been reported that Perry and Palin are “quickly” becoming friends.  Perry, as we all know from the last week of fierce infighting between so-called “true conservatives” and the rest of us conservatives, has been blasted by the “true cons.” for allegedly being an “open borders” Governor, for “corporate cronyism”, for “being soft on Islam”, etc. 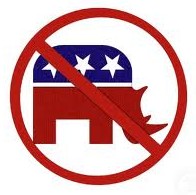 So, with all that said, does Palin’s praise of Hatch’s support for a BBA and her backing of Gov. Perry in 2009 and her defense of him now as the MSM ratchets up their attack machine mean she’s now officially crossed over in “RINO” territory?  I admit to not being clear what people mean when they use the term anymore, as it has gone from meaning literally a Republican In Name Only a la Lincoln Chafee to meaning “a Republican who disagrees with me or who supports a candidate who I disagree with.”

I’m especially sensitive to this, considering that I – a bonafide conservative who “went to the dark side” back in the early 90s after being an ignorant liberal for years – have been called a “RINO” in the past for, among other things, supporting President Bush’s immigration reform plan back when others in the party were calling him “Jorge Bush.” It shook me to the core that someone so reliably and staunchly conservative as myself could be considered a sell-out to my core ideals by not lining up with other conservatives on the immigration reform plan championed by both McCain and Bush. Of course, I’m not the only conservative who have been unfairly accused of it – many others have.

This goes back to a post I wrote last month asking readers “what is a RINO?” It didn’t get a lot of responses, but I’m hoping this one will.