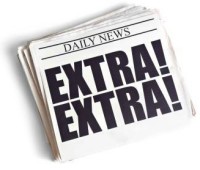 The White House is running out of excuses and places to hide from probing conservative journalists and even some mainstream media reporters after a wave of embarrassing but predictable scandals have broken wide open in the last week.  Here they are (so far):

1) Benghazi: Accusations of a cover-up have been being made since the day after Ambassador Stevens and 3 others were murdered in a pre-planned terror attack on the anniversary of 9-11 last year, but new information that came to light in the last few days courtesy of a finally-curious ABC News prove a distinct pattern of lies came from this administration, starting with WH spox Jay Carney.  President Obama strongly denied today that there is any “there there” on this issue, but we all know better.  The question is: will the MSM beyond Fox News and ABC finally put the pedal to the metal on this and continue demanding answers? Time will tell.

2) The IRS Targeting of Tea Party Groups:  The mud on the wall on this one is sticking, peeps – I’ve been impressed by the mainstream media’s “real reporting” on this (so far) but just how far will they go to get to the bottom of the who, when, and why?  Their history of covering big for this administration doesn’t give me much hope, but we shall see nevertheless.  Congressional Republicans AND Democrats are calling what happened an outrage, especially in light of the news over the weekend that higher level officials in the IRS *DID* know what was going on – in spite of their initial protestations to the contrary.  This scandal is such a big deal that even DEMOCRATS are calling for hearings to demand what happened.   Many, many heads should roll on this – from the highest levels of who knew on down.

3)  HHS Secretary Sebelius’ Health Industry Shakedown for ObamaCare: This one hasn’t gotten much traction yet in the MSM, but the Washington Post is one major news media outlet reporting on how “Sebelius has gone, hat in hand, to health industry officials, asking them to make large financial donations to help with the effort to implement President Obama’s landmark health-care law” according to sources.  Doug Powers, writing at Michelle Malkin’s blog, describes it perfectly:

A letter from the head of a government agency soliciting “donations” from companies in the same industry she regulates might as well say “nice little business ya got there — shame if something were to happen to it.

Indeed.  File this one under “developing.”

4) DOJ Secretly Obtained Some Associated Press Phone Records:  Out of all the scandals mentioned so far, don’t expect this one to go away, in fact it’s ballooning as we speak – obviously because this time around it’s not you and me being targeted but instead the Obama’s own handholders in the MSM, the people who helped carry him over the finish line in both 2008 and 2012.  But it’s not just the Associated Press who might be under the microscope here but instead … members of the House of Representatives:

The Justice Department secretly obtained two months of telephone records of reporters and editors for The Associated Press in what the news cooperative’s top executive called a “massive and unprecedented intrusion” into how news organizations gather the news.

The records obtained by the Justice Department listed incoming and outgoing calls, and the duration of each call, for the work and personal phone numbers of individual reporters, general AP office numbers in New York, Washington and Hartford, Conn., and the main number for AP reporters in the House of Representatives press gallery, according to attorneys for the AP.

In all, the government seized those records for more than 20 separate telephone lines assigned to AP and its journalists in April and May of 2012. The exact number of journalists who used the phone lines during that period is unknown but more than 100 journalists work in the offices whose phone records were targeted on a wide array of stories about government and other matters.

The government would not say why it sought the records. U.S. officials have previously said in public testimony that the U.S. attorney in Washington is conducting a criminal investigation into who may have leaked information contained in a May 7, 2012, AP story about a foiled terror plot. The story disclosed details of a CIA operation in Yemen that stopped an Al Qaeda plot in the spring of 2012 to detonate a bomb on an airplane bound for the United States.

The deets on this one are going to be intriguing, to say the least … assuming anyone can get beyond the usual stonewalling, dodging, and deflecting this administration has become infamous for.

My question to you, my dear readers, is this:  Can you predict the next Obama administration scandal?  Who or what it will involve?  They seem to be coming fast and furious – no pun intended – and are getting very difficult to keep up with.  I figure there are more lurking in the shadows to break in the coming days.

As I said on Twitter, let the scandals rain,rain down on the Obama admin … let the 51% of the American people who voted for him see once and for all just WHO they stuck us with for yet another four years.  Most won’t care, and will still blindly stand behind the lyinf corruptocrats and incompetents in this administration, but peeling off some independents in the middle of all this is extremely likely.

Stay tuned, and all that.