Update 2/22: Click here for an update to this wonderful story!

This is an amazing story:

MIAMI — Her name means resilient fighter and her doctors and nurses said she is more than that — Amillia Sonia Taylor is making history.

“To me it’s just a miracle,” a nurse on staff at Baptist Children’s Hospital said.

Amillia is the new world record holder for a baby to survive through gestational age, according to the University of Iowa’s national registry for the tiniest babies.

“We have a special baby here today because she was extremely premature at birth 21 weeks and 6 days,” said neonatologist Dr. William Smalling. “There is no known survivor born this early to ever go home and not only is the baby going home she is thriving and doing well. It’s a special day for us all here.”

Surrounded by the team at Baptist Children’s Hospital that has cared for her since her unexpected arrival, Amillia is now ready to go home. Doctors said they marvel at what the little girl has taught them.

“Well… I learned that we can work with babies this small,” Smalling said. “Previously it was thought to be technically impossible.”

“She showed us early on that she was a fighter and wanted to be here,” said Dr. Paul Fassbach, a neonatologist.

Amillia was born Oct. 24, 2006. She was the world’s fourth-smallest baby, weighing 284 grams (just under 10 ounces) when she was born. She was just 9.5 inches long — barely longer than a ballpoint pen.

“We’ve never even really resuscitated babies this small right,” Fassbach said. “Now, the recommendations for the American Academy of Pediatrics is that we can resuscitate babies that are 23 weeks or by birth weight over 400 grams. So, babies were considered non viable or too immature to survive outside the uterus if they were born earlier than that.” 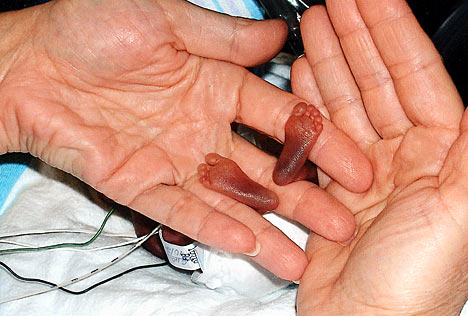 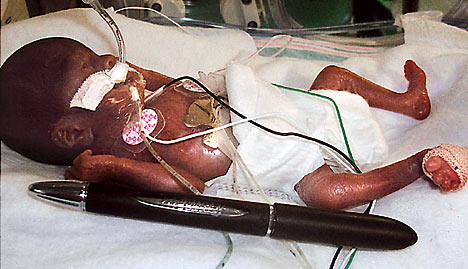 Ten ounces of determination: Amillia was little longer than this pen