Here’s the top ten. And the rest are here.

Who is missing – again – from this list? Fox News’ adorable Brit Hume. There’s something wrong with this picture, especially considering that they DID include another journalist (Charlie Hurt -the New York Post’s Capitol Hill “bureau chief”) on this year’s list, which shows that the list is not limited to people who work for a politician or special interest group.

Here is what I wrote about Brit last year:

The Hill has posted its “50 most beautiful people on Capitol Hill” list, which you can read/view here. Plenty of eye candy there for both male and female readers of this blog (I’m still catching my breath after reading about Sen. John Ensign (R-NV) … note to self: check out the Senator’s site more in depth later

However, I’m outraged that they limited this list to just the movers and shakers on Capitol Hill. Why couldn’t they have expanded their scope beyond that to note the 50 most beautiful people in Washington, DC? Because if they did, surely my favorite most beautiful person would have made the list: 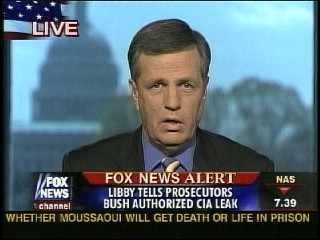 Is that not the most adorable face you’ve ever seen? I.love.Brit.Hume! Just watch him on Special Report sometime (especially The Political Grapevine) and you’ll see what I mean …. there’s just something about that face, what appears to be a humble nature, and the way he carries himself that makes ol’ ST’s heart turn to mush

The Hill seemed to only want to pick people who were attractive on sight (that’s not to say that those they picked weren’t attractive on the inside as well) – but ‘beauty’ is about a lot more than what is visible to the eye. Had they looked on the inside, as well as included others in Washington, DC, surely they would have chosen Brit. Heck, he might have even made it to first place.