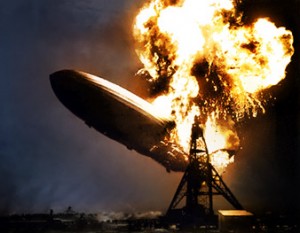 I linked to this yesterday, but it really deserves a post of its own. In a spectacular case of self-immolation, the campaign of Congressman Mike McMahon (D-NY) released a report detailing all the money his opponent was receiving from Jews:

Mike Grimm, a G.O.P challenger for Mike McMahon’s Congressional seat, took in over $200,000 in his last filing.

But in an effort to show that Grimm lacks support among voters in the district, which covers Staten Island and parts of Brooklyn, the McMahon campaign compiled a list of Jewish donors to Grimm and provided it to The Politicker.

The file, labeled “Grimm Jewish Money Q2,” for the second quarter fundraising period, shows a list of over 80 names, a half-dozen of which in fact do hail from Staten Island, and a handful of others that list Brooklyn as home.

“Where is Grimm’s money coming from,” said Jennifer Nelson, McMahon’s campaign spokeman. “There is a lot of Jewish money, a lot of money from people in Florida and Manhattan, retirees.”

Asked how the McMahon aide who compiled the report knew which donors were Jewish and which weren’t, Nelson replied:

I can picture it now, late at night at the McMahon campaign bunker HQ, the aide looking over the list and saying “Jew, Jew, Goy, Jew…”

After the firestorm broke, McMahon tried to salvage the situation by the time-honored “apologize and blame the staff” ploy, but somehow I don’t think it’s going to work. In fact, the real question is probably whether McMahon loses by 50 points or is forced by his Democratic colleagues, who are already terrified of November, to drop out of the race so they can field a replacement.

AFTERTHOUGHT: And wouldn’t this be a nice opportunity to strike a blow against dirty politics by donating to McMahon’s opponent, Mike Grimm?

8 Responses to "When a campaign imitates the Hindenburg"