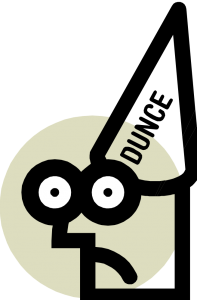 Last night I was following the Super Tuesday election returns on Twitter, kind of bored, when something amazing happened: Markos Moulitsas, the “Kos” of the progressive Daily Kos web site, decided to lecture conservatives on the Constitution and the derivation of our rights.

As you can imagine, the results were hilarious in their historical illiteracy. The man truly has no concept of the origin of rights under Natural Law, or the differences and relation between the Declaration of Independence and the Constitution. In other words, he was the quintessential progressive.

Do yourself a favor and go read my friend Jimmie’s post deconstructing and lampooning Moulitsas in a way that should have Kos crawling under a rock in embarrassment… if he had any shame at all. He does it far better than I could and, rather than repeat what he wrote, I’ll just point you to it.

PS: Oh, and Markos? If you want, I can recommend some basic US History and Government texts for you. You seem to be in a bit of need, pal…

11 Responses to "The blazing constitutional ignorance of Markos Moulitsas, aka “Kos”"