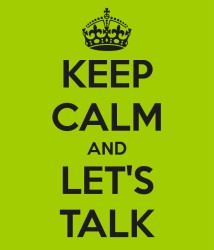 In the days and weeks following the verdict in the George Zimmerman trial, many pundits, politicos, and average Joe and Jane Americans were calling for the national dialogue on race we’ve needed to have for a long time but can’t thanks to lifetime race hustlers like Rev. Al Sharpton, Rev. Jesse Jackson, and their race-baiting  fellow Democrats in local, state, and national political office who have a vested interest in keeping the racial pot stirred in their favor.   This has been tried before – after the OJ verdict, after the Cambridge police “acted stupidly” incident (remember the “Beer Summit”?), and many other times where issues that seemingly  have a racial angle are advanced onto the national stage. And each time, the national conversation withers thanks to the Usual Suspects who have been allowed for decades to discount voices they find “insufficiently sympathetic” to the black community. Translation: If you’re not prone to bowing down to the conventional wisdom/accepted ‘facts’ about the black community as expressed by the Reverends and other hypocritical race pimps – that all of the problems in the black community are the fault of white oppression – then you are a racist, a denier, and if you are black, you’re an “Uncle Tom.”

One of the more prominent voices to respond to the varying calls for a “national dialogue” on race after the Zimmerman verdict was Fox News’ evening talkster Bill O’Reilly, who in late July served up some politically incorrect truths about black crime and culture.  In response, the  typical “raaaacist!!” chants kicked into high gear, because Bill  O. is a white conservative, you see, and we’re part of the “excluded class” who aren’t allowed to have a voice at this table on this issue because we’re all allegedly seething racists or whatever.  Someone who didn’t condemn Bill O., however, was CNN anchor Don Lemon, who provided commentary of his own on the matter, and who stated O’Reilly “didn’t go far enough” to address the issue.

In response to Lemon’s – who is black – candid remarks on the subject, a barrage of vile hate swung in his direction, mostly from the black community  – including self-important twits like  pundits Goldie Taylor, Toure, and others.   As we’ve seen all too often before, when a black person (liberal or conservative) dares to agree with a white conservative to any significant degree on sensitive matters involving race, they, too, are shoved into a corner, with their opinions disregarded as “Uncle Tom-ish” and the like.  Lemon, undeterred, continued on with his stance in spite of the predictable opposition to what he said, which drew the attention of race pimp and rap mogul Russell Simmons, who smeared Lemon in a both an open letter and Twitter rant.  In one of his tweets, Simmons called Lemon a “slave” (Simmons later took it back).

Lemon, in turn, responded to Simmons and other critics over the weekend, taking the high road where Simmons and others would not.   The video of Lemon’s remarks is below. It’s about five minutes, but well-worth watching:

Here are some excerpts of Lemon’s comments (via the RCP link above – bolded emphasis added by me):

You [Simmons] also write, I can’t accept that you would single out black teenagers as the cause of their own demise because they don’t speak the King’s English or where belts around their waist bands.

That really makes me question whether you even watch the segment or even wrote the letter yourself because I never blamed anyone for their own demise. I never pinned it on any teenagers, on anybody. Nor did I mention the King’s English. I did, however, mention the “n” word.

You also wrote, young people sagging their pants today is no different than young people rocking afros or platform shoes in the ’60s and ’70s.

Russell, afros came out of the struggle of the after American civil rights movement. The dashiki is a traditional form of African dress.

Sagging, Russell, the hip hop community which you helped established, dropped the G on the word so that spelled backwards the word reads n- i-g-g-a-s. It came from Riker’s island in New York, one of the largest attention centers in the U.S. It was originally called wearing your pants Riker’s style.

When you went in you turned in your belt, your shoe laces, and the only shirt the jail provided was a white double XXL-shirt. Are you equating dressing like a criminal to African pride? Are you saying it is OK to perpetuate the negative stereotype of young, black men as convicts, criminals, prisoners? How does that enhance their lives or society as a whole?

I do give you, Russell Simmons, and some of the hip hop and rap community credit for trying to clean up your act. Some like J. Cole and Kanye West are now rapping about social issues like the prison industrial complex. More of that, please. We welcome that. Everyone does. But you’re not off the hook.

Amen. Make sure to read the whole thing, and if you’re on Twitter, please show support to Don Lemon by tweeting to him to keep strong through all this. Most public figures who call for a national dialogue on race are usually posturing and don’t really mean it. It’s clear Lemon does, and he deserves our encouragement to stand firm in the face of much dirt and mud being flung in his direction by people whose livelihoods depend on maintaining our current racial divisions. And we, too, can add to the discussion by not only offering constructive debate, suggestions, and criticisms, but also by LISTENING and REACHING OUT.  We should do this – MUST do this – in spite of the naysayers who demand we, along with Don Lemon, sit down and shut up while they continue to profit from the suffering in poorer black communities.

Stand. And be heard!