Wow. This, I think, wins the award for brass, even for this administration. From “Baghdad” Jay Carney:

“…And let’s be clear. What we’re seeing with the Russian proposal and the Syrian reaction has only come about because of the threat of — the credible threat of U.S. military action. Before this morning, the Syrian government had never even acknowledged they possessed chemical weapons. Now they have.”

Yeah, I’d buy that. Bashar Assad, who we believe used poison gas on his own people and who definitely imported Iranian snipers to shoot demonstrators, and Vladimir Putin, who flattened Grozny in a way that hadn’t been done since Berlin in 1945, were so intimidated by our threat of an “unbelievably small” strike that wouldn’t do any real damage that they immediately rushed to offer a deal (that originated in a Kerry gaffe).

They know better than to mess with this guy: 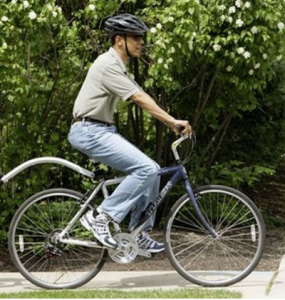 I’d laugh, but I’m too busy picking my jaw up off the floor.

UPDATE: Deep in your heart, you just know Putin is loving every minute of this.