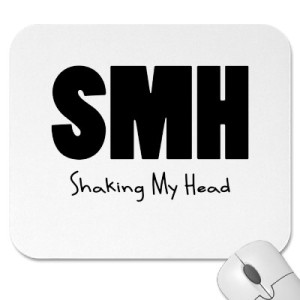 I read the below series of tweets from my friend @KemberleeKaye on a disturbing experience she had this morning at a local donut shop in Texas when she went to get breakfast. In a nutshell, a nice elderly lady in the store saw a homeless man sitting nearby and bought him a donut. She walked away and he followed her, asked if she was a Christian. She said yes. He said he refused to take charity from Christians because they “hated homosexuals.” She tried to leave the store and he followed her and threw the donut at her.

Yes, obviously the unhinged jerk was extraordinarily rude and disrespectful, and this is just one incident, but I see this attitude a lot – assuming that Christians “hate” gays. And it expands further than that to other social issues, like casual sex, birth control, abortion, and religion. I know there are Christians that give the rest of us a bad name, but I think this belief system has a lot more to do with how the activist left – with help from their liberal allies in the print and online media – have distorted and demagogued the various issues social conservatives have focused on over the years into something they’re not. For example, they paint abortion as being about “women’s health” rather than about the unborn life. Birth control is painted as a “right” and anyone who opposes paying for it on a faith basis is painted is a woman-hating “pig” who wants to “control women.” And on and on.

Honestly, conservatives and Christians haven’t done a very good, effective job at neutralizing the left’s social issues talking points in the context of the culture wars. But you have to keep in mind, too, that some of that has to do not just with how the left routinely portrays us and the issues that are important to us, but it also has to do with the minority of cuckoos on the far right saying the wrong thing and the media completely focusing on them while ignoring those who can much better articulate social/cultural issue positions. So how DO we turn things around and start winning again? Keep in mind I’m not talking about government “solutions” but instead looking for ways we can go about in our daily lives that can reverse the nasty stereotype the left has successfully painted us as. I firmly believe that social issues ARE fiscal issues and that if we don’t reverse the left wing monopoly on them, then we’ll see major socio-economic problems in the future that make the current ones look like a piece of cake to handle by comparison.

13 Responses to "What do we have to do to win the culture war?"