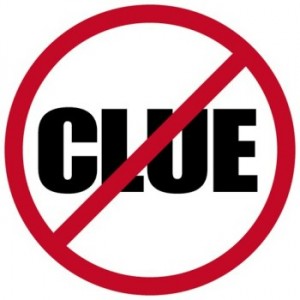 Here’s a thought experiment for you: Imagine a university that, through sheer chance, wound up with a mostly Black or Asian student body. Concerned faculty meet, their brows furrowed gravely. What can be done to fix this problem?

And then, a solution! Solicit advice from students and alumni on how the university can make itself  “more White.”

And now imagine the national furor that would erupt.

That’s what should happen to Western Washington University in Bellingham, which is worried that it is too White:

Western Washington University sent a questionnaire to students asking them for advice on how the administration could succeed at making sure that in future years, “we are not as white as we are today.”

The question notes that WWU’s racial make up does not perfectly reflect the nation at large, and asks students to consider strategies that other universities have used to focus on skin color as the paramount indicator of a student-applicant’s worth.

The president of WWU has stated that his explicit goal is to reduce the white population on campus, according to Campus Reform.

“I’ve said before and I’ll say it again, that we as a faculty and staff and student body, as an administration, if we 10 years from now are as white as we are today, we will have failed as a university,” said Bruce Shepard, president of WWU, in a 2012 address.

Maybe I’m just a parochial, knuckle-dragging, mouth-breathing, supremacist White guy from a middle-class, suburban background, and so I’m too reactionary and by definition racist to comprehend the enlightened attitudes of our academic betters. Evidently I’m too stupid to see that nothing is more important than skin color. And I’m just crazy enough to still take seriously something once said by another noted reactionary:

I have a dream that my four little children will one day live in a nation where they will not be judged by the color of their skin, but by the content of their character.

WWU President Bruce Shepard probably would like to tell Dr. King he had it backwards: he should have wanted his children judged not for the content of their character, for then they could have earned admittance to Western Washington University based solely on the color of their skin.

This is progressive racialist nonsense laid bare. Instead of looking for real diversity, such as an intellectual diversity ranging from Right to Left and a cultural diversity not inextricably tied to skin tone, the academic Left divides society into group identities, to which everyone is assigned regardless of individual belief (1). You can bet WWU’s struggle to be less White is informed by Critical Race Theory and is meant to battle the Leftist scapegoats, structural racism and White privilege.

The only factors that should ever be considered in admissions decisions are academic performance and, if you want to give aid, economic need. One of the few things California has done right in recent years is to ban “affirmative action” in college admissions, though that battle is never truly over.

If I were a student a WWU, I’d transfer. I wouldn’t want to be associated with such a race-obsessed institution. If I were a donor, I’d cancel my donation. And if I were a citizen of Washington, I’d demand to know why the state legislature is funding an institution that not only discriminates based on race, in contradiction to everything this nation is supposed to stand for, but asks for advice on how to do it better!

Footnote:
(1) An example I came across years ago: a man of Black African ancestry, born in Francophone Africa but raised in France, identifies wholly with France — French culture, French history, the French language. His heart stirs when he sings La Marsellaise (2) or sees La Tricolore. Now, is he “French,” or (in American racial-cultural terms) “Black?” The gentleman himself would tell you he is French, and proudly so. The racialist, on the other hand, sees only the melanin in his skin. The rest just makes him a self-hating victim of “cultural imperialism.”
(2) Whatever else I might say about France, they do have the best national anthem on the planet.
(3) I’m sure you know what word I really meant. But, this is a family show.

8 Responses to "Western Washington University: “Help us be less White!”"