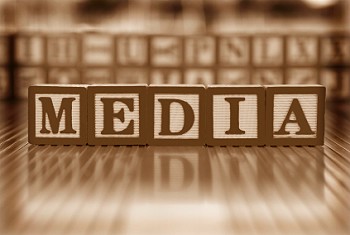 And no surprise it’s a left-leaning newspaper’s editorial board.  Via Fox News:

A Republican Senate candidate was kicked out of a local Oregon newspaper’s editorial board meeting after daring to challenge a reporter who dissed a fellow candidate by writing “blah blah blah” in his notes instead of her actual quotes.

The entire argument was captured on video and posted online by the newspaper, Willamette Week.

The Republican candidate, Mark Callahan, told Fox News that the newspaper was on a “power trip.”

“It’s a fairly liberal paper. And they were basically trying to manhandle us Republicans,” Callahan said Sunday. “They were very condescending, very controlling.”

The video shows an editorial board meeting where the newspaper was interviewing Republican candidates for Senate. One of those candidates, Jo Rae Perkins, was responding to a question over the phone when Callahan noticed something was amiss.

The moderator tried to get Callahan to “move on” and answer a question about whether climate change is a “myth or a reality.”

Then, the same reporter, later identified by the newspaper as Nigel Jaquiss, asked him a follow-up: “Where are you on the Easter Bunny?”

“What’s that?” Callahan said, and the reporter repeated the question.

The interview really went downhill from there.

Make sure to read the whole thing.  The paper acknowledged that Jaquiss wrote “blah blah blah” for an “answer” to one of Perkins’ questions, but they said it was because she wasn’t answering the question they asked.    I’m guessing they weren’t asked about his “Easter bunny” question, which to me was equally disrespectful.

I’m not saying the paper shouldn’t have been trying to get the candidates to focus on the actual questions, but Jaquiss’ lack of professionalism was unacceptable – and for the paper to try and justify his behavior by blaming it all on the candidates just shows how seriously you should take the editorial board. Which is to say … not at all.

I’ve had to sit through a few of these over the years with candidates and they can be really infuriating events, but even in New York I’ve never run into one quite this bad. But we can’t let that discourage people from running for office. All we can do is return to the age old question which really spawned the evolution of modern blogging in the first place…

Why, oh why, can’t we have a decent media?