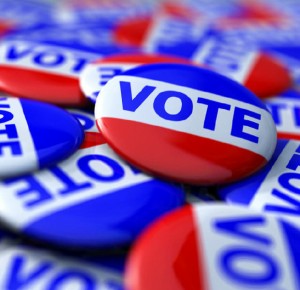 Sure enjoyed reading this this morning:

WASHINGTON — Contests are set in nearly half the states for November’s elections, and with few contested primary elections remaining on the calendar, Republicans are enjoying clear advantages in their quest for a Senate takeover.

“The environment is really good right now, and the quality of candidates is superior,” said Scott Reed, a veteran GOP strategist and senior political aide at the U.S. Chamber of Commerce. “These are the best candidates I’ve seen in 32 years. With a good environment and good candidates, it’s a good combination. We like where we are.”

Five months out from Election Day, Republicans have largely avoided the same mistakes of the two previous election cycles in which the party nominated lackluster candidates who cost the party winnable seats in Colorado, Delaware, Indiana, Missouri and Nevada.

This year GOP nominees in Democratic-held seats in South Dakota, West Virginia and Montana have consistently led in polls and are favored in November. Victory in the trio of states would provide half of the six seats Republicans need to net gain for a takeover.

The Rothenberg Political Report, a non-partisan election outfit, forecasts Republicans will gain between four and eight seats this November.

Rothenberg analyst Nathan Gonzales shared Reed’s view that the GOP has largely tapped the candidates favored by the establishment but cautioned that many are still untested as the races shift to general election mode. “It seems like we’ve stepped through some of the minefields for Republicans so far, but when you think there’s not a new way to lose a race, Republicans seem to find one,” he said.

The party is also enjoying a three-to-one advantage: Republicans are defending only two Senate seats considered highly competitive — in Kentucky and Georgia — compared to six seats Democrats will be challenged to hold in Alaska, Arkansas, Colorado, Louisiana, Michigan and North Carolina.

Now if all the Republican candidates with a real shot at winning would just avoid Akin-style comments, especially in the final months leading to the election … #hoping

To keep in tune to the latest election-year Senate polls, click here.  For fellow NC residents, bookmark this link.  And, as always, stay tuned!