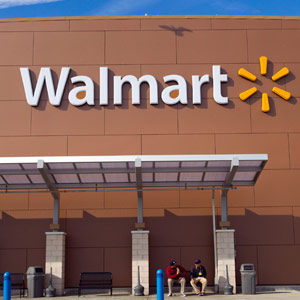 More than half the members of the City Council have fired off a letter to Walmart demanding that it stop making millions in charitable contributions to local groups here.

Twenty-six of the 51 members of the Council charged in the letter that the world’s biggest retailer’s support of local causes is a cynical ploy to enter the market here.

“We know how desperate you are to find a foothold in New York City to buy influence and support here,” says the letter, obtained by The Post and addressed to Walmart and the Walton Family Foundation.

“Stop spending your dangerous dollars in our city,” the testy letter demands. “That’s right: this is a cease-and-desist letter.”

Last week, Walmart announced that it distributed $3 million last year to charities here, including $1 million to the New York Women’s Foundation, which offers job training, and $30,000 to Bailey House, which distributes groceries to low-income residents.

Walmart, which has been thwarted by union-backed opposition for more than a decade, said the handouts “can make a difference on big issues like hunger relief and career development.”

The retail giant said its business agenda “aligns with supporting the local organizations that are important to our customers and associates.”

BRAMER: Walmart has a history of abusing its workers and profiting on the backs of hardworking men and women. … I think that where the [charitable donations] come from and where the money has been accumulated matters.  …

CAVUTO: If you are a New York City resident and you’re paying through the nose for everything from milk and coffee to bread to drugs, what’s wrong with a big-box retailer like Walmart coming in and offering you $4 prescription drugs, offering consumers in this city who could surely use a break, a break?

BRAMER: I don’t think you have to choose between having a retailer that offers competitive prices for its good and a retailer that treats its workers well. … When Walmart comes into a city, they take more than they give.

BRAMER: It doesn’t mean that those are good jobs.

Dontcha just love it?  Walmart is engaged in a number of things here that liberals normally would be over the moon about: They provide low cost prescription drugs and other goods and services to residents who need them. They employee hundreds of thousands of people with steady jobs.  They donate millions to charities that help minorities and working families.  But because it’s not the “right” kind of jobs – i.e., union jobs with a “living wage”, they aren’t “good enough” for the community and therefore they should stop doing all of it – stop providing low cost goods, decent paying  jobs, and generous contributions to charity.  The liberals who signed onto this letter to Walmart would rather citizens go without the low-cost prescriptions they need, be out of work and on unemployment, and have local charities have to turn people away all over their hatred of capitalism as demonstrated by Walmart.

And as far as Walmart trying to “buy” influence among NYC’s politicos, since when did New York Democrats EVER have a problem with a donor supposedly trying to “buy” their way into the good graces of local and state governments?

If this isn’t a classic example of the warped, chillingly controlling nature of the liberal Democrat mindset, I don’t know what is.  Disturbing.

5 Responses to "Half of NYC Council to Walmart: Stop making “dangerous” charitable contributions"