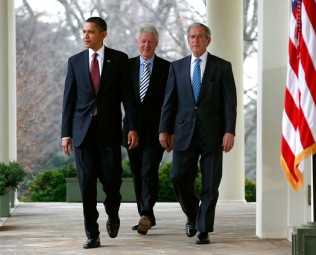 This should start your weekend off on the right note.

You have to laugh at this. Liberals will laugh for different reasons – because it’s a Fox poll and therefore will be deemed by them as “not credible”, but they’re in denial about how most Americans view this administration anyway – regardless of comparisons of President Obama to George W. Bush.

Granted, time softens many people on their opinions of the legacies of most former Presidents, and I’m sure some of that is at play here.  But think about the considerable amount of time that the Obama administration spends blaming President Bush for the current ills our country faces – and his inability to “fix” them all, and consider the terrible week Team Obama has had all around over the controversy surrounding the “prisoner swap” of Army Sgt. Bowe Bergdahl for five high level Taliban terrorists at Gitmo. And then imagine their reaction to this poll. LOL.