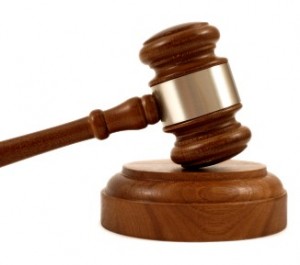 Los Angeles (CNN) — A California judge ruled as unconstitutional Tuesday the state’s teacher tenure, dismissal and layoff laws, saying they keep bad teachers in the classroom and force out the good ones, the plaintiffs said.

The ruling was hailed by the nation’s top education chief as bringing to California — and possibly the nation — an opportunity to build “a new framework for the teaching profession.” The decision represented “a mandate” to fix a broken teaching system, U.S. Education Secretary Arne Duncan said.

The Los Angeles County court ordered a stay on the decision, pending an appeal by the state and the teachers union, the plaintiffs said.

Reforming teacher tenure and firing laws is a hotly debated issue in American education, and the California case is being watched nationally — evidenced by a statement by Duncan immediately after the court ruling.

Reformers say firing a bad teacher is almost impossible because of tenure laws and union protections, but teachers and their unions argue school boards and their firing criteria have unfair, overtly political standards.

The teachers union is, of course, vowing an appeal. But if this is upheld at higher levels, it’ll be fascinating to see what repercussions it will have on other states where Republicans are battling Democrats in an effort to reform broken education systems – as is the case here in NC.    More school children might, I dunno, start learning more instead of just being a warm body occupying a desk just barely making it by from grade to grade. Wouldn’t that be great?