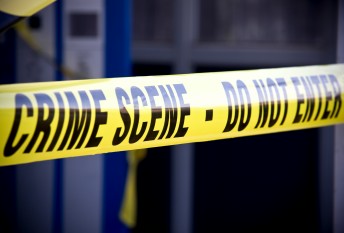 ABC News reports that the Independence Day holiday and weekend in Chicago turned out to be a violent, deadly one for nearly 70 people:

Independence Day celebrations were marred by multiple shootings in Chicago that reportedly left at least nine dead and 60 injured.

The first fatal shooting occurred around 2:30 a.m. Friday, kicking off a violent weekend for the city.

Corey Hudson, 34, was killed after a car pulled up and someone inside shot him and a friend on the street. According to ABC News station WLS-TV in Chicago there were also three police-involved shootings on July 4th alone. At least one suspect involved in one of those shootings was killed.

The most recent shootings occurred Sunday night, according to WLS-TV.

They city has been actively combating gang and shooting violence in recent years after a bloody year in 2012, when it was the only city in the nation to record more than 500 homicides.

The Chicago Tribune updated its tally of Chicago shooting victims today, bringing up the total of those shot to 1,129 so far this year. According to the Tribune, there were 2,185 shooting victims in Chicago last year.

Don’t expect any widespread outrage, any national conversation on this story, no in-depth reporting, no marches from gun-control fanatics like “Moms Demand” – because the Chicago murders don’t fit their narrative.  The city of Chicago, under decades of Democrat rule, has some of the absolutely strictest gun laws – the exact types of laws that gun control zealots salivate over – in the country, and yet for years it’s had one of the worst, in some years THE worst, rate of violent crime involving guns.  It’s a sad commentary on exactly what types of viciousness and lawlessness unconstitutional gun laws can lead to, and one that deserves a vigorous discussion – but we won’t see it any time soon, because gun rights advocates are typically relegated to the back of the bus on this issue, viewed as “heartless” and “lacking compassion” … all because they know the truth (and aren’t afraid to speak out about it) about how tight gun control laws only lead to more innocent people being hurt or killed by thugs who don’t give a damn about the rule of law.

Move along here, nothing to see, etc …