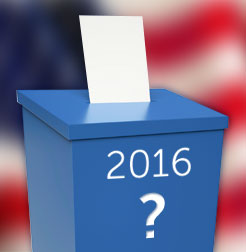 WASHINGTON –  The GOP revealed a portion of its 2016 battle plan Tuesday, selecting Cleveland — the new home of “Johnny Football” Manziel and possible future home of LeBron James — as the site of its national convention.

RNC Chairman Reince Priebus announced the decision Tuesday on Fox News, in an early play for voters in the battleground state, which President Obama won in 2008 and 2012 but which is also the home to Speaker John Boehner.

“We couldn’t be more excited,” Priebus told Fox News. “It’s a city that’s on the rise.”

The contest came down to Dallas and Cleveland.

The Republicans’ site selection committee met Tuesday to review the two remaining cities’ bids. The full 168-member RNC is expected to ratify the choice next month.

Ohio lawmakers were ecstatic after hearing the news.

“This is great news for Cleveland and our entire state,” Sen. Rob Portman, R-Ohio, said in a statement. “It’s a unique opportunity to showcase the new Cleveland as one of America’s great cities, and to bring dollars and jobs to Ohio.”

Ohio, along with Florida, has long been a prized battleground, but Obama has claimed it in the last two presidential races. Priebus acknowledged the state’s political importance in announcing Cleveland as the 2016 selection.

That’s an understatement if there ever was one:

No Republican has won a presidential election without winning Ohio since Abraham Lincoln in 1860. President John F. Kennedy (D) was the last candidate to win the White House without Ohio.

Ohio is a tough nut to crack – and it goes without saying that it’s not a given that holding the national convention in a particular state guarantees you will win it come November.  Just ask Barack Obama, whose party held their convention here in Charlotte, NC in 2012 but still lost the state.  Still, it’s worth a shot – provided the campaign for the eventual GOP nominee for President devotes every dime and amount of time it can to winning it.

As they say, stay tuned.