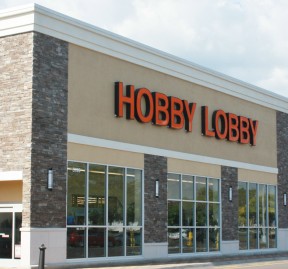 Because religious freedom sucks and stuff – and so do the “five white guys” on the Supreme Court. Via The Hill:

Senate Majority Leader Harry Reid (D-Nev.) set up the first procedural vote on a bill that would reverse the recent Supreme Court ruling that allows some employers to deny birth control coverage for women.

“After five justices decided last week that an employer’s personal views can interfere with women’s access to essential health services, we in Congress need to act quickly to right this wrong,” Sen. Patty Murray (D-Wash.) said while introducing the bill last week.

The Supreme Court recently ruled that companies, such as Hobby Lobby, don’t have to provide their employees birth control coverage as mandated under ObamaCare. The 5-4 decision stated that the mandate violated the religious liberties of employers who don’t believe in the use of contraceptives.

Democrats have pounced on the issue ahead of the November elections in order to draw contrast between the two parties on the issue.

“The U.S. Supreme Court’s Hobby Lobby decision opened the door to unprecedented corporate intrusion into our private lives,” said Sen. Mark Udall (D-Colo.), a lead co-sponsor of the bill. “My common-sense proposal will keep women’s private health decisions out of corporate board rooms, because your boss shouldn’t be able to dictate what is best for you and your family.”

Senate Democrats will need at least five Republicans to join them in voting to end debate on the motion to proceed to S. 2578, but it seems unlikely they will get that support. That vote is expected Wednesday.

In other words, they know they aren’t going to get anywhere on the bill. It’s just election-year posturing designed to let perpetual (and in some cases “professional”) “feminist” victims on the left who dogmatically support the demagogues in the Democrat party know that when it comes to choosing between respect for the First Amendment versus abortion on demand, they’ll choose baby-killing every single time.

And yes, as the headline to this post suggests, North Carolinians, Senator Hagan (D) supports this bill:

The Protect Women’s Health from Corp. Interference Act protects coverage of health services —no matter what employers' personal beliefs are

Shameful. And out of touch with North Carolina voters. But not surprising.