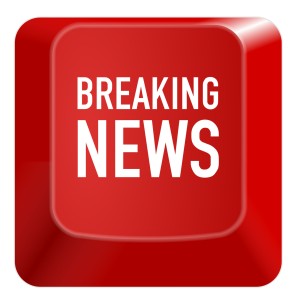 Still too early to know exactly what has happened but here’s an initial report from Fox News:

A Malaysian Airlines passenger plane with 295 aboard was shot down by a surface-to-air missile in Ukraine near the Russian border, according to multiple reports.

The airline, the same one whose plane disappeared over the Indian Ocean in March, confirmed only that “an incident” had occurred involving the Boeing 777, which was en route to Kuala Lumpur from Amsterdam.

Multiple reports said the plane was shot down at cruising altitude. Anton Gerashenko, an adviser to Ukraine’s Interior Minister told The Associated press that the plane, carrying 280 passengers and 15 crew people onboard, was shot down.

Gerashenko says on his Facebook page the plane was flying at an altitude of 33,000 feet when it was hit Thursday by a missile fired from a Buk launcher. A similar launcher was seen by Associated Press journalists near the eastern Ukrainian town of Snizhne earlier Thursday.

The adviser also told Russian news agency Interfax that all onboard have been killed.

Prayers to the families of those hurt or killed, of course.

To keep up to date on the latest developments, all the major nets are all over this story. And, of course, there is the Twitter machine …

3 Responses to "Malaysian jetliner carrying 295 reportedly “shot down” in Ukraine, near Russian border"