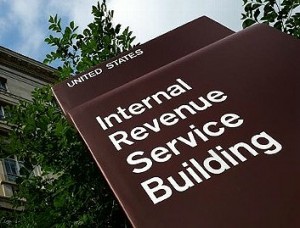 The top Democrat on the House Oversight and Government Reform panel is objecting to a plan to call the Internal Revenue Service commissioner to testify for a third time in a matter of weeks, calling it “public harassment of an agency head.”

Rep. Elijah Cummings, D-Md., sent a letter Monday to Chairman Darrell Issa, R-Calif., objecting to a decision to call Commissioner John Koskinen to testify at a hearing on Wednesday. It would be the third time Koskinen appeared before the panel in the past month, Cummings noted.

“Requiring Commissioner Koskinen to testify again this week not only takes him away from the day-to-day duties of operating an agency with 90,000 employees, but it also diverts our Committee from conducting responsible oversight on many key areas that traditionally have been part of our jurisdiction,” Cummings said in the letter.

Because how dare Congress demand answers!?

In reality, we know exactly why Cummings wants this inconvenient scandal involving a gross violation of the public’s trust, not to mention numerous violations of federal law, to magically go away. And not just because it could potentially implicate Cummings himself, but also because it’s an embarrassment to this White House at a crucial time during a critical election year. Can’t have any pesky facts be made public about the blatant abuses of power at the IRS, now can we?

2 Responses to "Rep. Cummings to Issa: Stop the “public harassment” of #IRS official"