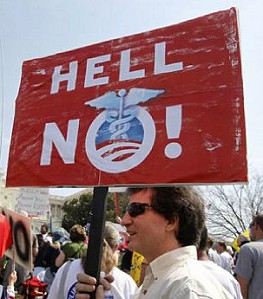 Investigators from the Government Accountability Office have been able to register fake applicants with fictitious identifying documents for health plans and federal subsidies through ObamaCare, according to a published report.

The Washington Post reports that investigators were able to obtain subsidized health coverage for eleven of twelve fictitious applicants online or over the phone. The investigators used invalid or missing Social Security numbers or inaccurate citizenship information in applying for coverage. In one of the eleven approved instances, the paper reported that the application was denied, but later approved at the second attempt.

The Post also reported that six attempts were made to sign up false applicants via in-person representatives. In five of those cases, the representative did not know that the applicant’s income was too high to receive a subsidy in the first place.

GAO officials will testify about the findings before a House Ways and Means subcommittee Wednesday. The office is expected to continue the investigation before reaching final conclusions sometime next year.

The inquiries were carried out in several different states. The Post reported that the GAO has not specified which states were investigated because the investigation is ongoing.

Republicans have claimed that the federal health insurance exchange does not properly verify the identity and eligibility of potential customers, leaving it open to fraud and abuse. The GAO investigation was requested last year by House Ways and Means Chairman Dave Camp (R-Mich.); Rep. Charles W. Boustany Jr. (R-La.), chairman of the Ways and Means oversight subcommittee; and Sens. Tom Coburn (R-Okla.) and Orrin Hatch (R-Utah).

Gee, so Republicans were right about this aspect of Obamacare, too? Hmmm. I sense a pattern developing …

One Response to "GAO investigation: Non-existent ‘people’ able to sign up for #Obamacare coverage"