My caption: “I’m standing next to a queen, so that must make me a king!” 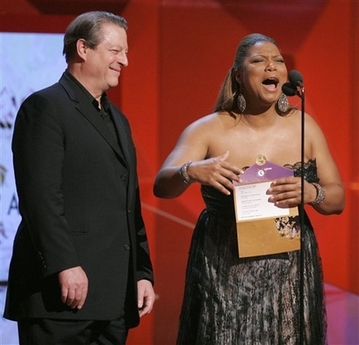 Some of the other captions noted that he received “massive” applause last night at the Grammy Awards.

19 Responses to "Monday open thread – and a “Caption This”"