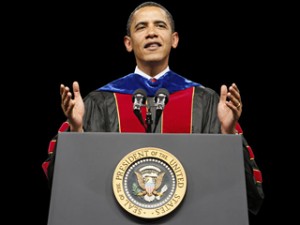 A random list of things we’ve learned/reaffirmed in the aftermath of the Shirley Sherrod/Andrew Breitbart controversy (inspired by Jonah Goldberg):

— If you’re a big time conservative media guy/gal, make sure you have all of your ducks in a row before you go forth with potentially explosive info. Because if you don’t, it will bite you and the movement with which you are allied, making people even more skeptical of cons. claims of racism coming from left wing organizations when the fact is that it DOES happen, as I have and others have frequently documented, and as was evidenced by the video itself and the amens and murmurs of agreement during Sherrod’s story prior to when she got to the part about “redemption.” Even Ben Jealous took note of that, and has promised to “look into it.” (Uh huh)

— Most conservative bloggers/writers/commentators, when shown to be in error, will admit it, while the left stays stuck in denial mode when it happens to them.

— Fox News is always at fault, even if they had nothing to do with nor had they published the initial condemnations of Sherrod’s comments as they appeared on Andrew Breitbart’s website when this story first broke.

— The mainstream media really does know how to fact check in a hurry to put things “in context” to make sure no one is misunderstood – as long as we’re talking about a Democrat/liberal under fire.

— By the same token, we can always count on many in the MSM (and on the left) to completely ignore the larger point.

— It’s not ok to level false charges of racism against someone – but only if that person is a Democrat/liberal.

— President Obama and Co. are still apparently willing to throw people under the bus rapid fire with minimal to no evidence of wrongdoing. It’s important to keep up “appearances,” you see.

— So-called “respectable” (read: Beltway elite) Republicans will never resist the opportunity to pile on and join in on the demagoguery. Oh, if only we could be more like the left, who always get it right and are shining examples of how the right should conduct themselves on issues related to factual accuracy and context (and video editing!).

— “Post-racial” America isn’t what it’s cracked up to be.

— Listen to The Anchoress.

I may have more to add to the list later. Your turn.

— When the WH “acts stupidly,” they will own up to it – as long as it involves a big government liberal/socialist Democrat being wronged.

— Always consider the posibility that there may be more to the story than meets the eye.