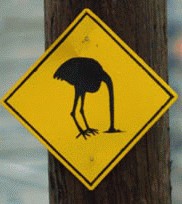 The pundits on the left and right are lined up to give their official assessments as to What Happened in the last 2 years to turn the American people so far away from President Obama’s socialist agenda. Democrats are busy pointing fingers at the WH for the fall of the party. Familiar GOP faces in the US House are jockeying for leadership positions in light of the MOAB dropped on the Democrat party Tuesday. Some Tea Party-backed candidates like Senator-Elect Rand Paul (R-KY) are already talking about how they’ll shake up the ‘establishment’ GOP in the Senate via a so-called “Tea Party caucus.” Along those same lines, GOP Senators and “movement conservatives” are playing the blame-game on why the party didn’t win back the US Senate.

And you know what? I don’t care about any of that right now. What I’m paying attention to – and you should to – is how, in light of Tuesday night’s “shellacking,” – is how the left, including “leaders” like Pelosi, Reid, and of course Obama, are in COMPLETE denial of Why Tuesday Happened. A familiar theme is emerging: We didn’t go far enough. Didn’t do enough. We ignored “the process.” It’s not that we didn’t get alot accomplishmed, it’s that we didn’t communicate effectively as to what all “we’ve done” for the American people. They’re not “feeling it” because we didn’t talk about it enough. DNC Chair Tim Kaine blamed “secret money” for Tuesday’s losses.

The duhnial is too thick to cut even with the world’s largest Gzinsu.

They don’t get that their anti-business, pro-big government policies (in particular: ObamaCare) turned off and, in some cases, downright scared the American people. In true liberal fashion, their ideology wasn’t and isn’t wrong – it’s the people who just don’t get it. With the GOP in 2006, it was about the corruption scandals and that people were fed up with Republicans in the House and Senate who had gotten drunk off their own power, and who began to ignore their constiuents — and their principles. In the case of the 2010 elections, after just two years of our celebrity President at the wheel, and four years of Congressional “leadership” from Pelosi and Reid, the American people saw that what the left promised stifled progress on the business front and shunned individual freedoms in favor of the “collective good,” wasn’t providing relief, wasn’t aiding in steering the economy towards a stable and strong recovery (outside of creating a lot of government jobs), and turned its back on the ideal of American exceptionalism.

On Tuesday, the American people demonstrated that they’d woken up, and sent a message to BOTH parties that they will be held accountable for their actions – or inactions. On Wednesday – and today – Obama, his administration, and his party “leaders” are showing that they are still, still asleep at the wheel.

They’ll continue to operate in denial mode for the next two years, as liberals typically do. That’s fine. It’ll make it easier for us to win back the Senate … and the WH in 2012.

Can’t wait ’til then. I don’t think even those massive, pretty Greek columns and all the stage production and image management in the world will be able to help The One next time around.