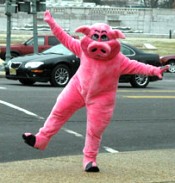 And furthermore, why won’t the bleeping media focus more attention on this fact? I guess it’s more important for the Democrats and their colleagues in the MSM to note the ridiculous, self-serving “bipartisan outrage” over the fact that the House didn’t take up the bill yesterday “in a stunning reversal” as previously anticipated. And also “important” to (falsely) insinuate that thousands of New York and New Jersey residents will be stuck out in the cold as a result of their inaction.

Yeah, I know you’re shocked – SHOCKED – at how the MSM and ignorant, politically opportunistic politicos in both parties are spinning this, right? /sarc

NJ Gov. Chris Christie, who I am DONE with, has flipped out – as has Rep. Peter King (R-NY). Why not be upset at Senate Democrats who filled up their version of the Sandy aid bill with projects that had NOTHING to do with Sandy relief efforts? Why not take a chill pill when you consider that FEMA has enough money to cover relief efforts for at least another few weeks while the new US House considers the existing options on the table (and presumably will come up with one of their own)? Imagine that – actually TAKING TIME to craft, contemplate, and consider the options before you?!

Oh – regarding the specifics on the pork in the Senate bill? Gabriel Malor documented it extensively here. Make sure to read the whole thing. Then you’ll understand who to express the appropriate outrage to.

Mainstream media dereliction of duty when it comes to accurately informing the public has reached an all time high. Guess what I and others like me will spend a considerable amount of time doing this year? Combating their bull sh*t! #Enough

7 Responses to "Why was the Senate’s #SandyAid bill larded up with unrelated pork?"