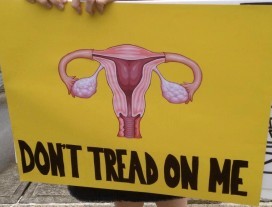 I’ve written here and at Storify numerous times as to how far the left this state’s Democrats are going, a disturbing situation that has escalated since the party has effectively been out of power statewide since 2010.  First, the GOP took control of the North Carolina General Assembly (NCGA) for the first time in over a century in 2010, and then in 2012 we saw Pat McCrory (R) elected Governor and Dan Forrest elected Lt. Governor (R), with the GOP increasing their majorities in the state House and Senate (NCGA).  As you can imagine, that loss of power was not taken well at ALL by the state’s leftists – in particular it’s Raleigh-area-based think tanks better known as Blueprint NC, who soon devised what’s known around here as a “by any means necessary”  playbook of trying to snag back control of state government from Republicans.   They called for a “crippling” of state government just a month into Pat McCrory’s term.  These despicable tactics pushed for by the various think tanks that make up Blueprint NC have been used by elected Democrats in our state legislature (NCGA) even though technically by law that would violate the tax exempt status of Blueprint NC, a so-called “non-partisan” advocacy group.  They don’t see that as the case, and no one has pushed the issue but for now, the beat with them goes on.

As does the beat with the North Carolina NAACP, who started the whole “Moral Monday” anti-GOP policies march tradition in late April, with initially just a few dozen who protested at the NCGA – including our own version of Rev. Al Sharpton: Rev. William Barber, who has become a frequent guest on MSNBC (surprise!).    As word got out – with a helpful local media giving them a push, the protests grew and – of course – became more organized, courtesy of using Occupy Wall Street tactics by way of forming crucial alliances with inside and outside far left “feminist” and union groups, natch, groups which naturally – in turn – stir up the masses state/nationwide using the same type of deception, class warfare, and scare tactics used by OWS.  My friend Lady Liberty has a full accounting of how Moral Monday has more or less been co-opted by OWS types, which should surprise no one.

A frequent and popular theme of Moral Monday by the activist leftists who attend the protests is “keep religion of government/the classroom/my uterus/etc!!”   Many of those who attend honestly believe that the North Carolina GOP is the American version of the … Taliban. I kid you not.  In any event, this is all especially interesting when you consider their movement leader is a “progressive Christian” REVEREND – and one who uses scripture to essentially tell Christians in this state that if they don’t support big government, they are inauthentic Christians. It’s a disgusting tactic that I suspect God Himself frowns upon but that doesn’t stop Barber and his cohorts from engaging in weekly doses of it both on the protest trail and in their churches (and on TV).  Of course, the activist left in this state won’t blink an eye over it either, considering Barber seemingly reaffirms their belief that a God=(left wing) government and we should all worship it and bow down at its feet (but not necessarily worship Him and bow down at His feet).

No argument made out there comes closer to proving this point than a post Asheville, NC radio host Pete Kaliner wrote today regarding just how far the NC NAACP has taken this.  Excerpts:

Moral Monday organizer and frequent keynote speaker Rev. William Barber has a familiar refrain in his sermons from the stage: the Republicans in the NC legislature are trying to move the state backwards.

It’s actually the rallying slogan:  “Forward together, not one step back.”

Yet, the economic system he’s championing in a handbook for fellow clergy is one that developed almost 200 years ago — Christian Socialism.

Christian Socialism,  movement of the mid-19th century that attempted to apply the social principles of Christianity to modern industrial life. The term was generally associated with the demands of Christian activists for a social program of political and economic action on behalf of all individuals, impoverished or wealthy, and the term was used in contradistinction to laissez-faire individualism. Later, Christian Socialism came to be applied in a general sense to any movement that attempted to combine the fundamental aims of socialism with the religious and ethical convictions of Christianity.

Helpful guide for the flock

As lead organizer of the Moral Monday rallies, the NC chapter of the NAACP has thoughtfully put together a handbook for clergy who want to incorporate the message of the political movement with scriptures. (All while maintaining tax-free status, of course.)

Here’s a link to the Lectionary that is offered to spiritual shepherds at no charge.

It doesn’t argue specific policy positions. It does, however, assume an underlying assumption that NCGA policies adopted by the GOP are “extreme,” “immoral,” “regressive,” corrupt,” and “wicked.”

Doing good must be done by GovCo

The guide hides the underlying political and economic system it describes with a cloak of righteousness and Biblical texts:

As we consider the a policies enacted by the General Assembly, policies that  undermine voting rights, attack women’s rights, hamper education, and remove the safety net upon which many poor North Carolinians subsist, are these consistent with  the way that we should treat those who are valuable because they are reflections of the image of God?

Notice how the assumption here is that the state should do these things – not individuals?

Please make sure to read the whole thing, because more and more national media outlets are reporting on the “growing number of disgruntled citizens in North Carolina” when in reality the most of the disgruntled are established left wing activists/think tankers/politicos, and the like who wouldn’t support a GOP agenda under ANY circumstances and as a result started OWS-style movements in order to attempt to regain power.  It’s hardly representative of a cross-section of this state, and in fact only does a disservice to NC by stirring up old fears and divisions on race, sex, classism, etc. Essentially, many establishment NC Democrats here who used to be people Republicans wouldn’t hesitate to break bread with have adopted the utterly shameful tactics of the national party, except they’ve taken it even further by allying themselves with opportunistic left wing clergy who disgracefully distort and abuse the Bible for their own personal/professional gain by manipulating people and playing into their fears about the intentions of the (right wing) party in power.

In a nutshell, these “leaders” – both in the NAACP and those affiliated with Blueprint NC – want us to become a pre-Scott Walker Wisconsin – in other words, far to the left, and they try to justify it by abusing and deliberately misinterpreting Biblical scripture to scare people based purely on emotion (NOT facts).  I’ve called them shameful, but what they’re doing is actually much worse and they’ll continue to try to get away with it. We shouldn’t let them.

*”Don’t tread on me” sign photo from the 8/19/13 Moral Monday in Charlotte, NC courtesy of the Center for American Progress’ @BillyCorriher.