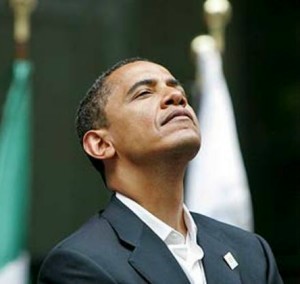 John Fund on the Obama administration’s bad track record with respect to the Supreme Court’s many unanimous rulings against them (via):

Did you know the Obama administration’s position has been defeated in at least 13 – thirteen — cases before the Supreme Court since January 2012 that were unanimous decisions? It continued its abysmal record before the Supreme Court today with the announcement of two unanimous opinions against arguments the administration had supported. First, the Court rejected the administration’s power grab on recess appointments by making clear it could not decide when the Senate was in recess. Then it unanimously tossed out a law establishing abortion-clinic “buffer zones” against pro-life protests that the Obama administration argued on behalf of before the Court (though the case was led by Massachusetts attorney general Martha Coakley).

The tenure of both President Obama and Attorney General Eric Holder has been marked by a dangerous push to legitimize a vast expansion of the power of the federal government that endangers the liberty and freedom of Americans. They have taken such extreme position on key issues that the Court has uncharacteristically slapped them down time and time again. Historically, the Justice Department has won about 70 percent of its cases before the high court. But in each of the last three terms, the Court has ruled against the administration a majority of the time.

So even the liberal justices on the Court, including the two justices appointed by President Barack Obama — Elena Kagan and Sonia Sotomayor — have disagreed with the DOJ’s positions. As George Mason University law professor Ilya Somin told the Washington Times last year, “When the administration loses significant cases in unanimous decisions and cannot even hold the votes of its own appointees . . . it is an indication that they adopted such an extreme position on the scope of federal power that even generally sympathetic judges could not even support it.”

Disturbing, but true. Make sure to read the whole thing.

5 Responses to "QOTD: On the many times #SCOTUS has ruled unanimously against the Obama admin"