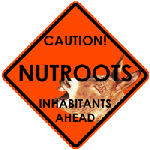 Rep. Rahm Emanuel (D-IL) was nicer than he should have been in the face of the disruption. Of course he probably realizes that crowd, as part of the Nutroots faction, helped get his party elected to the majority, so showing a little ‘respect’ for Sheehan and Co. appeared to be what he chose to do in response. Taking sort of a “don’t bite the hand that feeds” approach.

Here’s the story from Fox News.

Update I: Via BizJournals:

Before the chanting started, Sheehan got a hug from Rep. John Conyers, D-Mich., the new chairman of the House Judiciary Committee.

Awww. Now why does that not surprise me?

Update II: Check out the reaction at Democrats.com. Think condemnation for Mother Sheehan’s actions is being expressed? Think again.

Update III: Here’s a better copy of the video from Ian at Hot Air. I didn’t realize Sheehan walked up to the podium where Emanuel had previously been. She used Emanuel’s podium as her pulpit after she and her crew yelled loud enough to get the Dems to leave it. Unreal.